Posted on Saturday 26 October 2019 by Gareth Prior

Today’s archive photo again comes from the 30th anniversary of the Tyne and Wear Metro and their open day at South Gosforth Depot.

The train in the below image is 4025 which as per our image last week is in the livery style carried by the bulk of the fleet at this time. With three different varieties this is the Red and Yellow version. The train is one of the 88 productions trains built for the opening of the line in 1980 and is seen stabled in the South Gosforth Depot building with its destination screen stating it will be off to Sunderland. 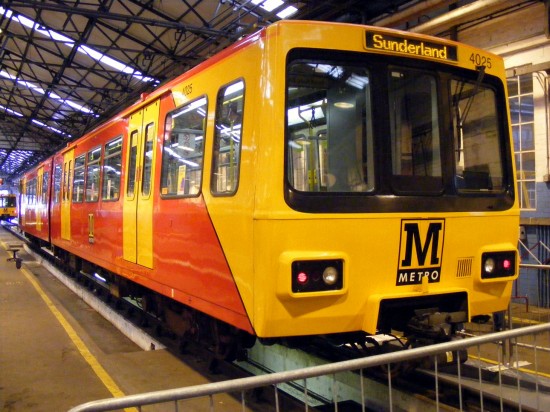