In Pictures: Supertram 110 loses its adverts

Posted on Friday 27 September 2019 by Gareth Prior

Although not a full advertising livery, Stagecoach Supertram 110 had been carrying side and window adverts for Sheffield College since October 2018 but has now been spotted in full fleet livery with these now having been removed. The tram was still running with the adverts on 20th September but by 23rd September they had been removed. Ryan Hartley captured the below image for us. 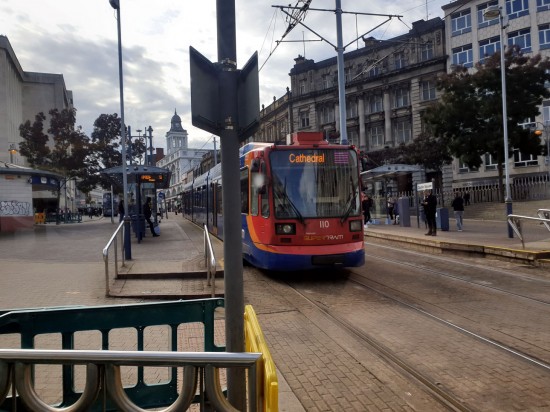 110 pauses at Castle Square when working on the Purple route to Cathedral. (Photograph by Ryan Hartley, 23rd September 2019)