With all trams fitted with batteries now either in the full West Midlands Metro livery of special advert liveries the new fleet livery is now being extended to those trams which haven’t yet received the batteries on their roofs. The first such tram to enter service in blue is 34 which ran for the first time in this condition on Friday 23rd August.

34 receiving these vinyls now leaves just 22, 24, 25, 26, 27, 32 and 33 in the old magenta, silver and white livery (its reached the stage where its easier to say whats not in the livery than what is!) and of these 33 remains out of service long-term following damage caused by a major dewirement in March.

Of course, all of these trams remain battery free but it is thought that a further tram is currently in the depot receiving these. 30 has also not yet returned to service with batteries but is expected to do so soon as it has been seen around the depot yard all ready to go. 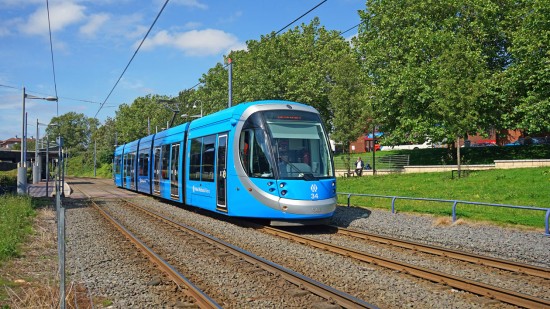 34 pulls away from West Bromwich Central on 23rd August – its first day in blue. (Photograph by Andy Walters) 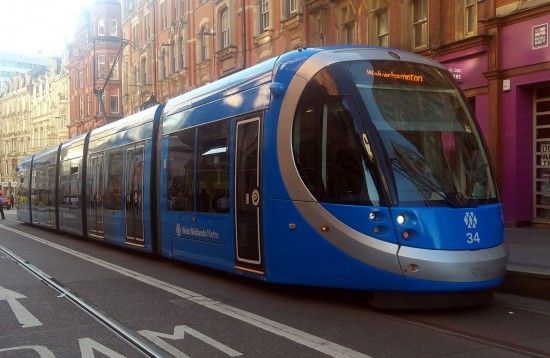 Here we see 34 at Corporation Street heading out the city. (Photograph by Mark Cufflin) 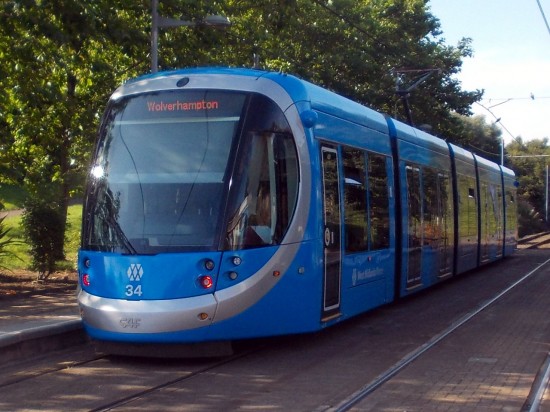 Day two for the new look 34 as it calls at Black Lake. (Photograph by Michael Averill)