Posted on Saturday 10 August 2019 by Gareth Prior

Its time for a change of location again in our modern tram Picture in Time series and that location is Nottingham for a selection of views taken on the Nottingham Express Transit system.

The below photos show 202 approaching Royal Centre with a service to Hucknall on 28th September 2013. 202 is one of 15 Bombardier Incentro trams built for the opening of the Nottingham Express Transit network in 2004. Originally delivered in a Green, Black and Silver livery by the time that the tram was caught on camera in these images it had received the revised Silver, Green and Black livery with the fleet number moved from the ends to the side. As with all trams 202 is named and carries the name D H Lawrence. 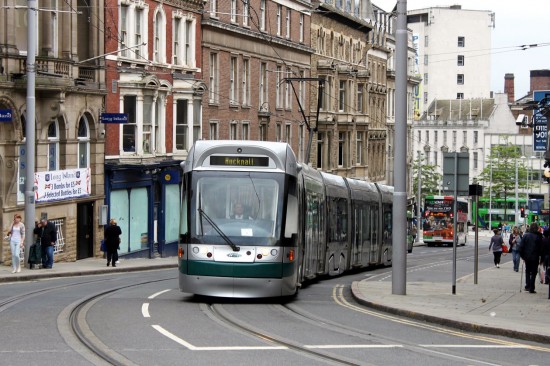 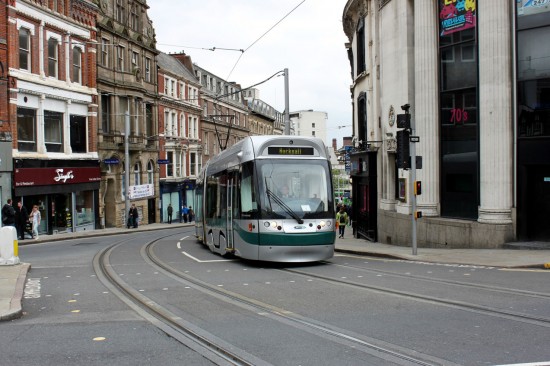