In Pictures: When tram movements don’t quite go according to plan…

Posted on Friday 5 July 2019 by Gareth Prior

Earlier this week we reported on the departure of Manchester 765 from Beamish as it returned to its home at the Heaton Park Tramway. But whilst the tram is now safely ensconced back in Manchester now it was a trip which took much longer than planned – thanks to be breakdown of the low loader!

As we reported previously 765 left on the back of the low loader as planned on Tuesday 2nd July from Beamish, departing at 1130, and everything was in hand for it to make its way across the country to Manchester with arrival expected later the same day. Unfortunately upon reaching junction 25 on the M62 the lorry developed a problem and broke down leaving poor old 765 stranded on the hard shoulder waiting for rescue – and surely leading to some confused motorists wondering why a 105 year old tram was parked at the side of the cross-Pennine motorway! Rescue did eventually come with a new trailer unit sent across, but it wasn’t until 0220 on Wednesday 3rd July that 765 finally arrived at the Heaton Park Tramway. As would be expected it wasn’t unloaded at that time and it wasn’t possible for the unloading to happen until 1930. It was soon moved into the workshop for commissioning and after the refitting of various items its first test run took place at 2200. All in all an adventure for both tram and the hard working volunteers of the Heaton Park Tramway!

Despite the delays experienced, the plan remains that 765 will be re-commissioned for service in time for Sunday’s Tramtastic event where it will be one of three trams operating the passenger service alongside Hull 96 and Blackpool 623. 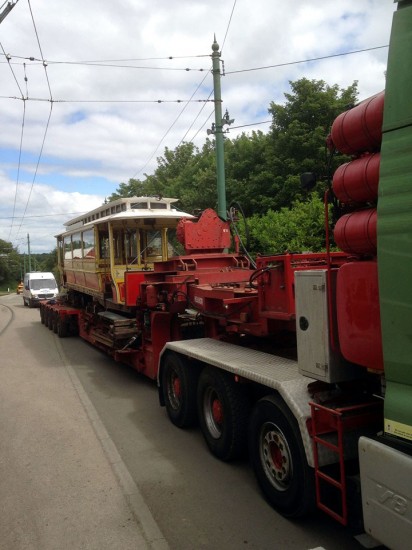 When things were going smoothly…765 departs from Beamish at the end of its loan period. (Photograph by Stuart Jennings) 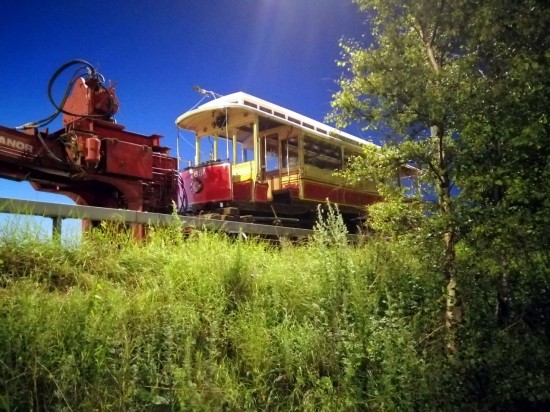 After the truck had broken down 765 is seen on the hard shoulder at Junction 25 awaiting rescue. 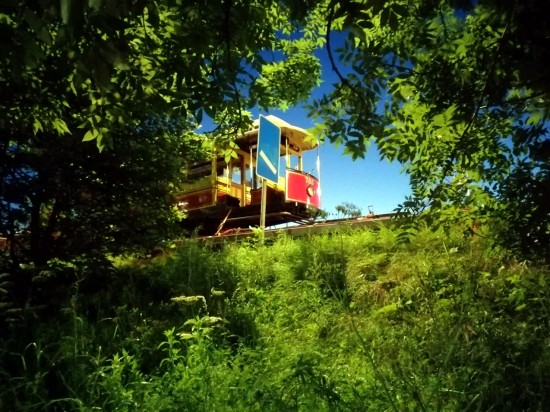 Another view of 765 seen through the trees on the motorway. 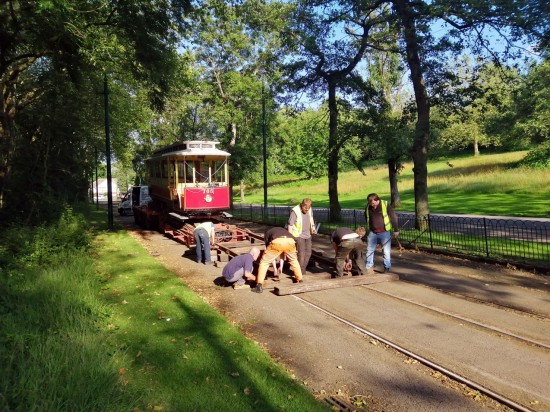 Finally back in Manchester and preparations are made for its unloading. 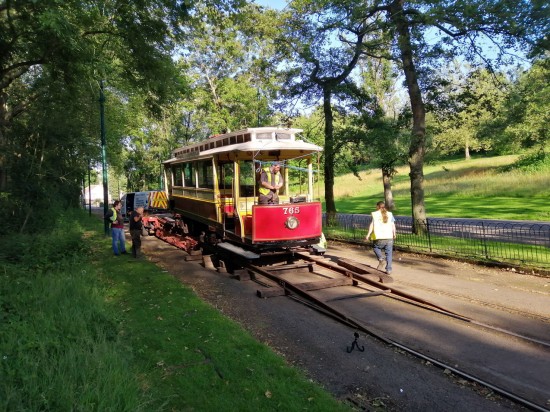 And down she comes back onto the rails of the Heaton Park Tramway. 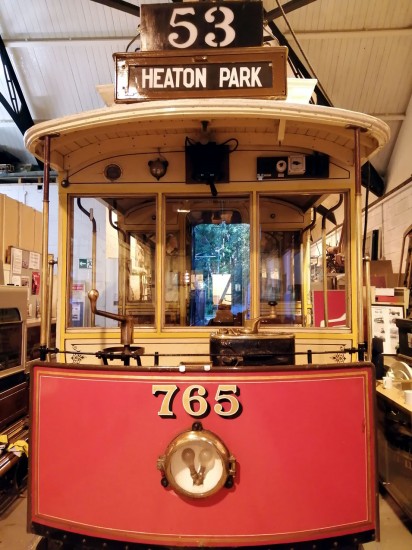 The destination blind has been wound to show Heaton Park as it stands back in Middleton Road Depot ready for recommissioning. (Photographs x5 by Martin Bryan)