Half of the track for the first phase of the Birmingham Westside extension is now in place as progress towards its opening at the end of 2019 continues. The first pieces of track along Paradise Circus are now in place marking another significant milestone in the project, with this line set to be the next tramway extension in the UK to open.

So far 46 metres of twin track has been installed on the curved section of the A38 at Paradise Circus and this has marked the halfway point of all track for phase one of the Westside extension which is due to open at the end of 2019. To allow this work to take place Paradise Circus has been closed since summer 2018 and it is planned to reopen later this year once testing and commissioning of the tramway is underway.

The Birmingham Westside extension will be opened in two sections with this first phase running from Grand Central to Centenary Square via Victoria Square; this will be the first section of tramway in the UK to be constructed without overhead with the trams due to run under battery power instead (with all Urbos3 trams due to pass through the workshop for the fitting of batteries to enable use on this extension). It will be followed in 2021 by the remainder of the line to Hagley Road in Edgbaston.

Andy Street, Mayor of the West Midlands, said: “This milestone is yet another sign of progress on this extension and shows we are on track to have trams running to Centenary Square by the end of this year. But this is just a small part of the story, we are delivering a revolution in transport for the people of the West Midlands with huge investment in new rail, tram, rapid bus and cycling over the next few years.”

Paul Brown, Construction Director for the Midland Metro Alliance, added: “That we have laid half of the track from Grand Central to Centenary Square is a clear sign that the works are continuing at pace and on schedule to open for passenger service in December. We are thrilled to have laid the first tracks in Paradise Circus in what is a pivotal moment in the Birmingham Westside extension.” 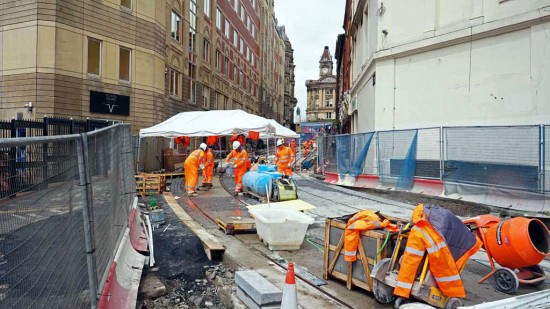 The start of the extension with track in place and the road surface being attended to. 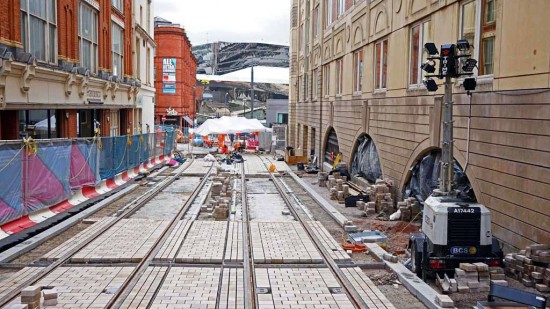 Looking down Pinfold Street towards Grand Central (the line continues round the corner to the left of Yorks). 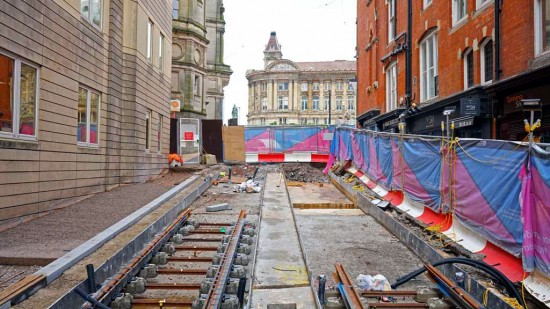 In this view we look the other way up Pinfold Street where track is still to be laid. 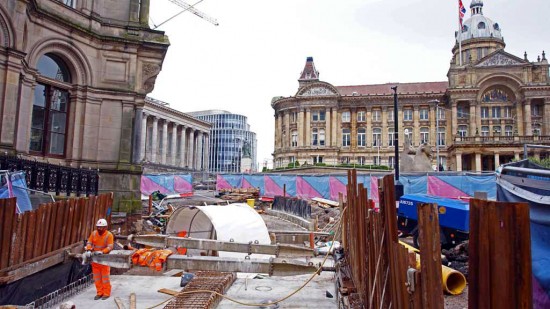 Into Victoria Square where the trackbed is being prepared for installation of track. 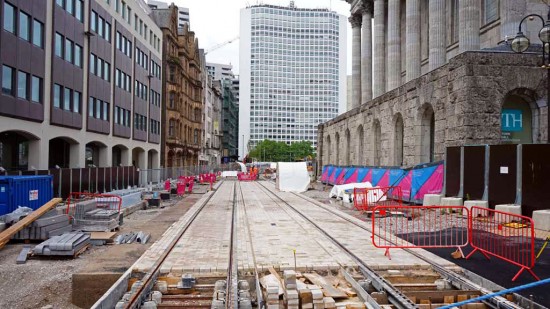 A straight section of track through Victoria Square. The top surface has also been added here with block paving chosen, almost going back to ye olde setts! 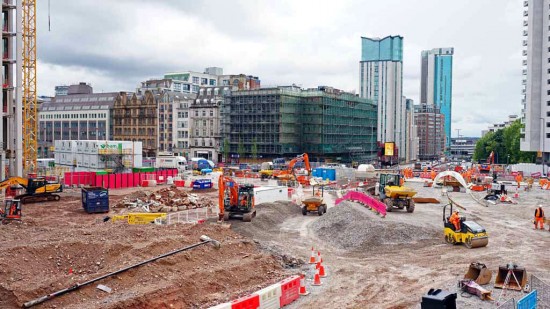 A general view of the worksite showing it to be a hive of activity of work ramps up ahead of the opening of the line at the end of 2019. 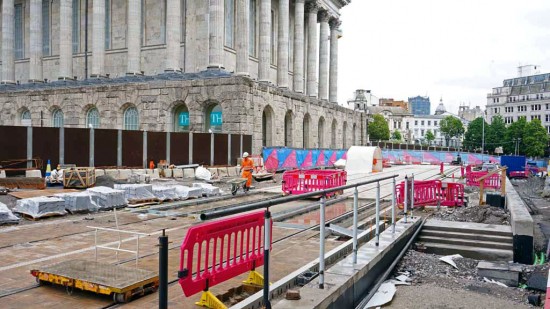