In Pictures: 26 returns to service on West Midlands Metro

Posted on Wednesday 12 June 2019 by Gareth Prior

Well that didn’t take long! Just a week after testing started West Midlands Metro Urbos3 26 returned to service on Wednesday 12th June 2019 – the best part of two years since it had last turned a wheel in revenue earning service.

The story of 26’s trials and tribulations has been reported numerous times on these pages but to summarise once more it derailed at Wednesbury Depot in June 2019 causing major damage to its underframe which necessitated it being moved to Wolverton for repair. This saw it absent from the as then Midland Metro network between September 2017 and March 2018 but upon return to Wednesbury it was not prepared for a return to service and instead started to sacrifice parts to allow other members of the fleet to remain on the rails. Recent months have seen the tram worked on leading us to now when it has returned to action.

26 is still without batteries and carries the old standard fleet livery plus the addition of West Midlands Metro logos (last time it ran it was still Midland Metro!).

With any luck the future of 26 will be much rosier and it will continue to settle back into service without any major dramas! 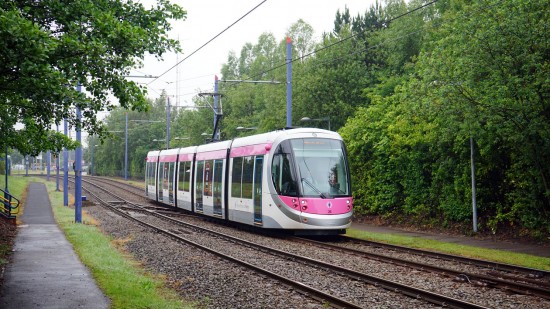 26 approaches Priestfield as it heads to Grand Central. 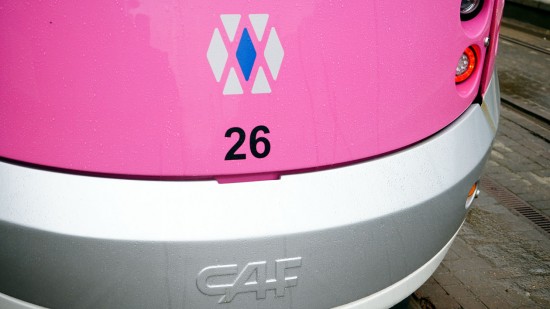 A close-up of the number and West Midlands Metro logo. 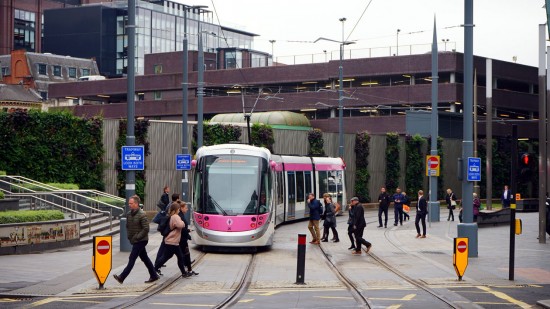 The majority of pedestrians going about their daily business seem none too fussed that 26 is back in service after two years! The tram is seen returning to Wolverhampton St George’s through the Snow Hill development. (All Photographs by Andy Walters, 12th June 2019)