Around the World in Trams: Rio de Janeiro 128

Posted on Sunday 2 June 2019 by Gareth Prior

This week we stay in Rio de Janeiro but instead of the historic Santa Teresa tramway we look at the modern light rail system.

The first phase of this system – a single 15km line between Novo Rio Bus Terminal and Santos Dumont Airport with 18 stops – opened on 5th June 2016, just in time for the 2016 Olympics taking place in the city. The first month of service saw free travel offered but only two trams in service for three hours a day between Parada dos Musus and the Airport. Full-time operation followed along the complete route on 12th July. 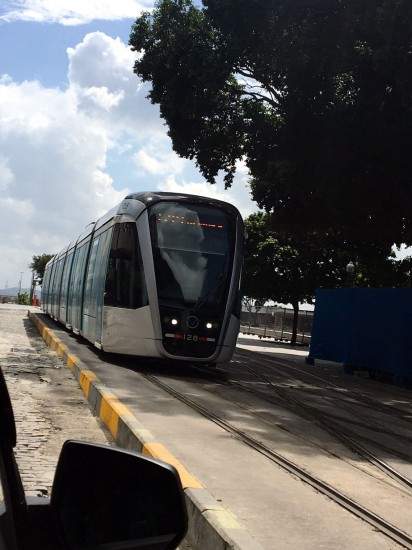