Stagecoach Supertram now has the most number of trams in all over adverts since opening in 1994 with 109 the fourth tram to receive vinyls. The advert applied is for East Midlands Trains – not the first tram to advertise the fellow Stagecoach company – with a reddish livery applied; just how long the tram carries this advert is debatable with Stagecoach losing the East Midlands franchise later this year. 109 was first seen in its new livery on 20th May.

As well as being the fourth tram to currently carry an advert, 109 also becomes the fourth different tram to advertise East Midlands Trains. Previously 120, 111 and 116 have advertised the same company – all in similar blue liveries. Of note is that all three of those trams remain out of fleet livery with 120 carrying the Sheffield Corporation Transport inspired livery and both 111 and 116 in adverts.

For completeness the trams currently in adverts are 111 and 118 (both Pretty Little Thing.com) and 116 (XPO Logistics). 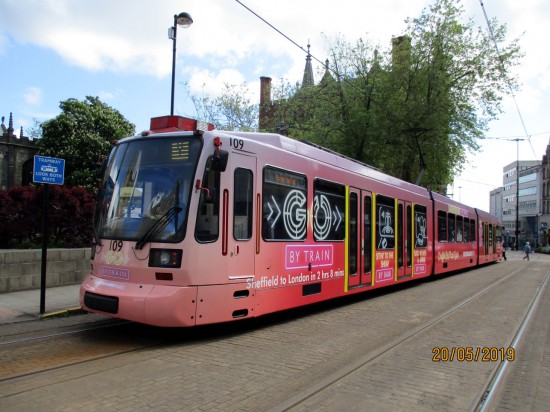 109 at Cathedral showing off its new livery. As can be seen limited window vinyls are used. 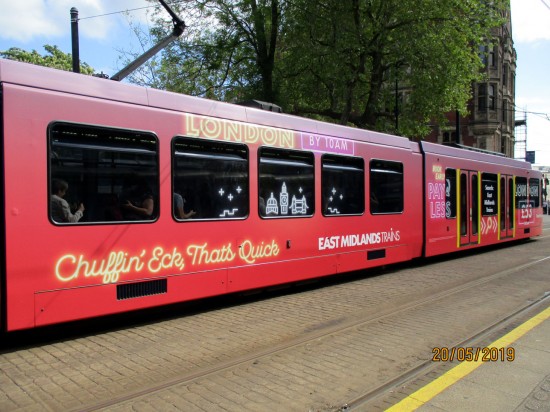 The centre section of 109. The advert uses various Yorkshire lingo. 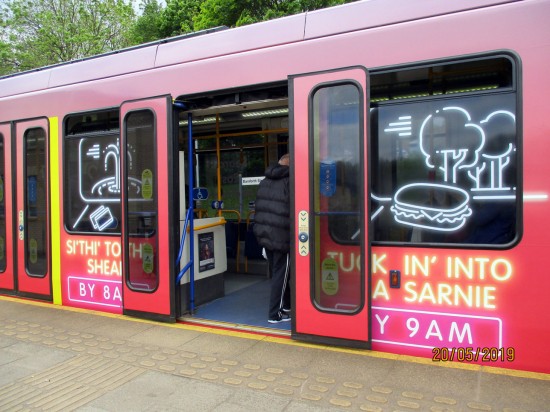 Another look at more of the detail of the advert. 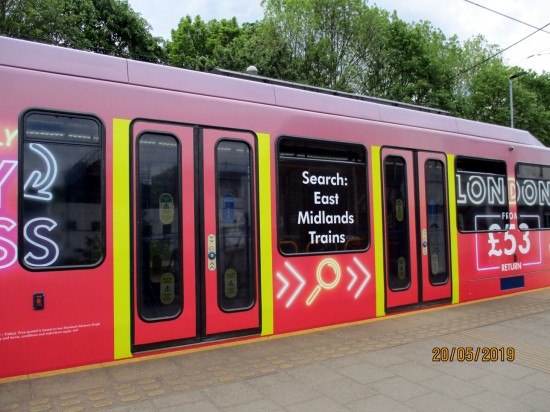 Tickets from just £53 return according to the advert. Also note here the yellow stripes alongside the doors to make it clear to the visually impaired where the doors are. (Photographs x4 by Stuart Cooke, 20th May 2019) 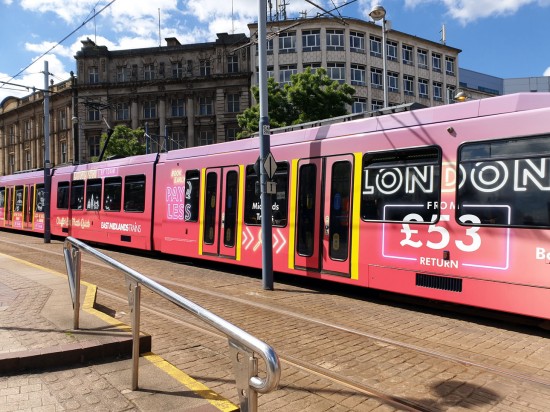 109 heads through Castle Square once again showing its new livery. (Photograph by Ryan Hartley, 21st May 2019)