Posted on Thursday 9 May 2019 by Gareth Prior

Staying on the Isle of Man for this week’s Traditional Tram archive photo we feature a tram which was never purchased to operate on the island but was used to provide parts to update the equipment on the Snaefell cars.

This tram is Aachen 1010 which spent time on the Isle of Man between 1976 and 1985. It was one of seven 1956 vintage cars purchased to update the equipment on the six Snaefell cars but was the only one which made it to the Isle of Man in one piece. The other six were stripped of their parts in London with the plan being that these would be put in the remaining car – 1010 – and dispatched to the island – unfortunately when arriving it transpired that the car was empty and the spares had to follow separately. 1010 was kept at Derby Castle Sheds and was used as a mess room for a number of years before being scrapped in 1985.

The below images show 1010 in its final resting place at Derby Castle in 1979 – it would be another six years before the end came for the tram. 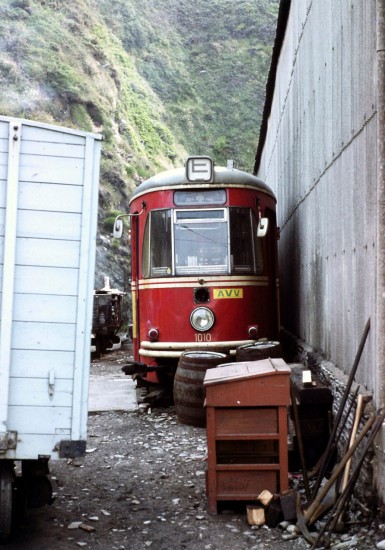 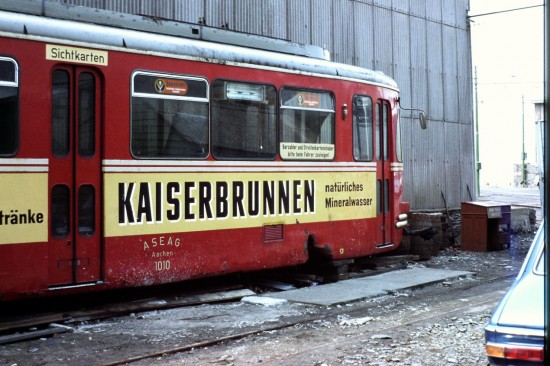 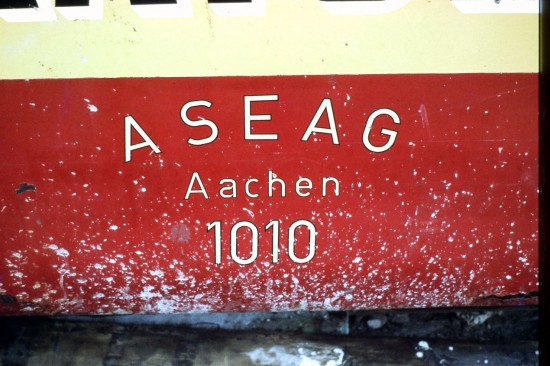 All Photographs by Bob Price