Posted on Friday 10 May 2019 by Andrew Waddington

Although originally intended for use on public service duties, Blackpool’s small fleet of modified Balloon cars known as the ‘B Fleet’ are a common sight on heritage duties, most of all on the special Gold running days. With two such events on the recent Bank Holidays for both the Easter and May Day weekends, a number of these trams were captured out and about by Rob Bray.

For Easter two of the rebuilt Balloons played a key role in the festivities with 713 – still wearing its attractive Houndshill advert livery – stabled at Pleasure Beach on both Saturday 20th & Sunday 21st April, with a special Easter treasure hunt taking place on board the tram! Both days also saw pioneer Balloon 700 in use on the heritage service, decorated with Easter bunnies on its windows. Finally, 711 spent all three days of the Gold Easter weekend event stabled at North Pier acting as the shop tram, a role which it has become most commonly associated of late.

For the next Bank Holiday weekend, which came a mere two weeks later, there were no special roles for any of the modified Balloons but a total of four of them were utilised over the three-day weekend. 718 was out on both Saturday 4th & Sunday 5th May, 713 was used on Saturday 4th & Monday 6th (deputising for a defective Boat 227 for the early part of the Saturday) and 719 made its year debut on Sunday 5th. 711 was again used as the shop tram on all three days and also performed additional passenger journeys in the afternoons.

Meanwhile in the Paint Shop, 707 has been fully repainted in the Millennium livery style it wore when initially outshopped in flat-ended condition back in 1998, ahead of its expected return to service – although this apparently may be a little bit longer coming than had been hoped. Nonetheless, having not run since 2013 its reappearance in traffic is eagerly awaited by many.

The B Fleet have been playing a very important role for Heritage Tram Tours recently, providing useful extra enclosed cars which are absolutely invaluable in poor weather, particularly as some of the more traditional cars in the running fleet are not exactly watertight! Car 700 has also recently found further employment on the newly relaunched public tram driving courses, allowing enthusiasts to take the controls of a 1934 built tramcar. Whilst the modified Balloon cars are not everyone’s cup of tea, they certainly offer extra variety and interest on the tramway and their continued use on heritage duties is much appreciated by many people. 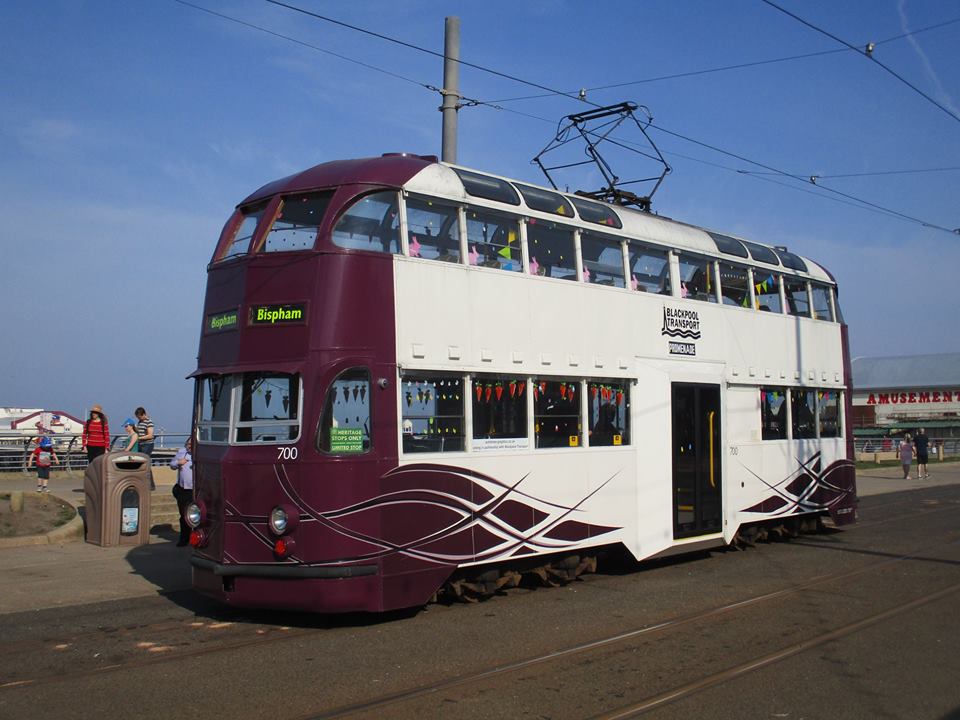 700 shows off its Easter decorations as it prepares to head north from the North Pier & Tower heritage tram stop on Easter Sunday. 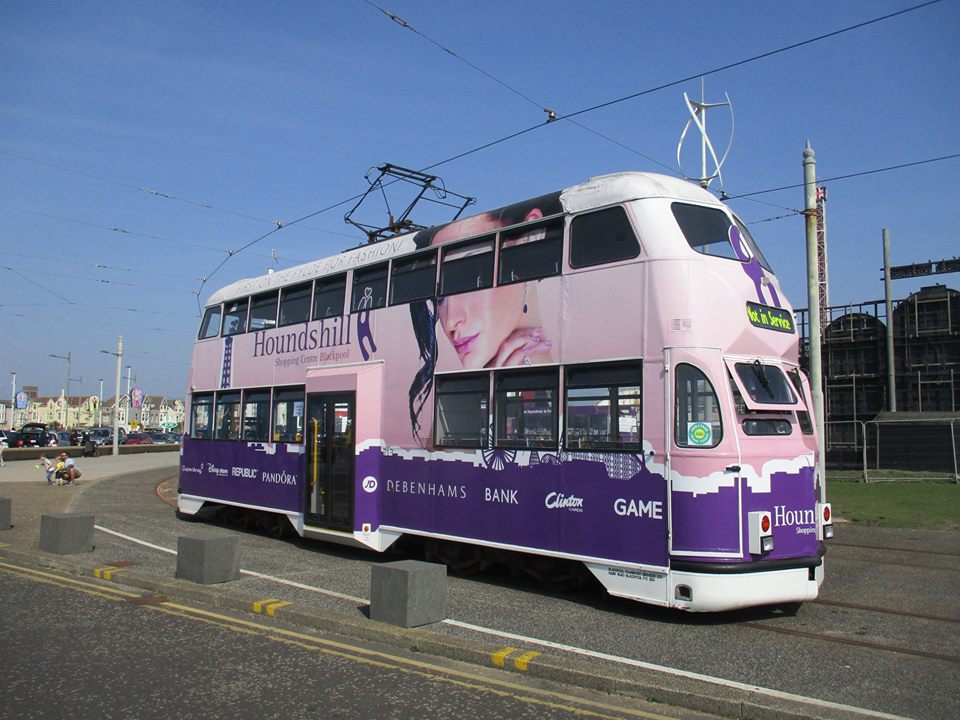 713 parked on the Pleasure Beach outer loop with an Easter Egg hunt taking place on board! 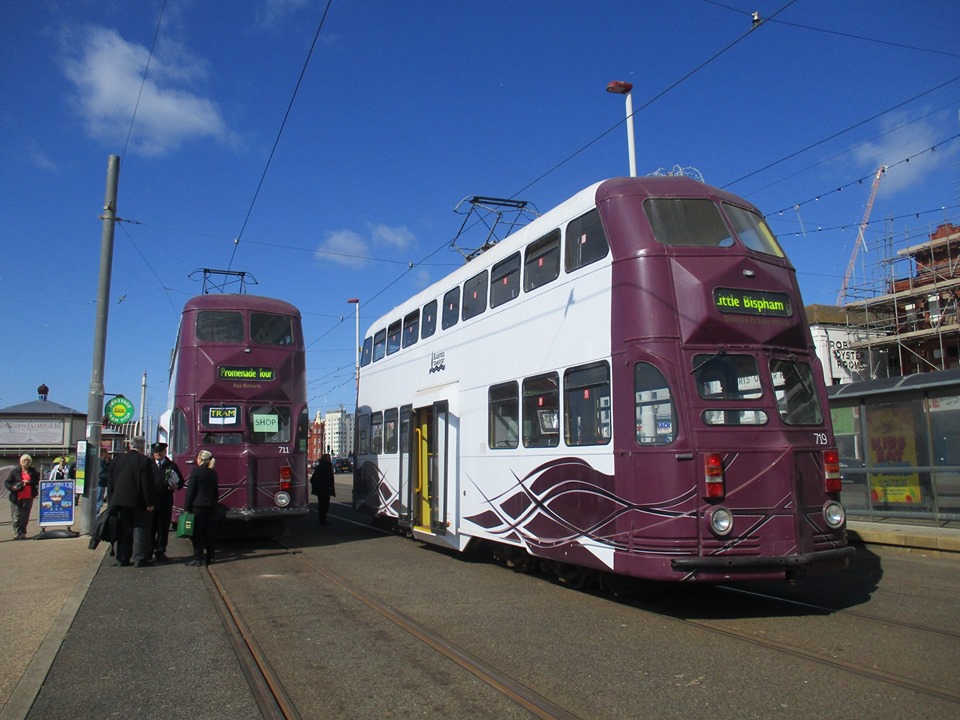 Two purple Balloons at North Pier with 719 heading north past the shop tram, 711. 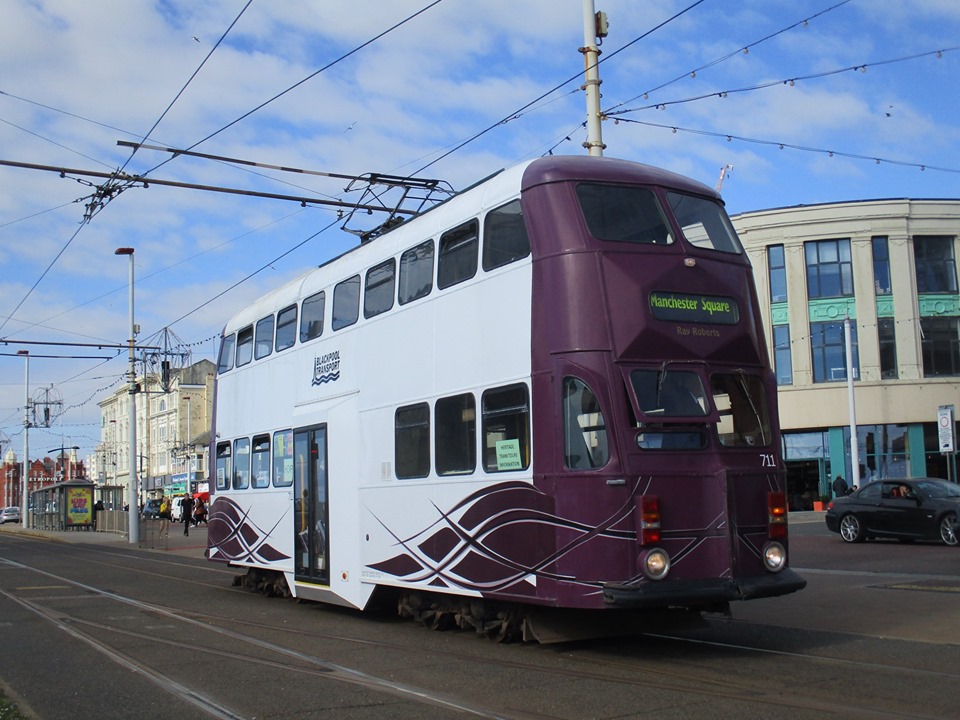 Another view of 711 at North Pier from May 5th as the tram returns south with one of its passenger journeys. 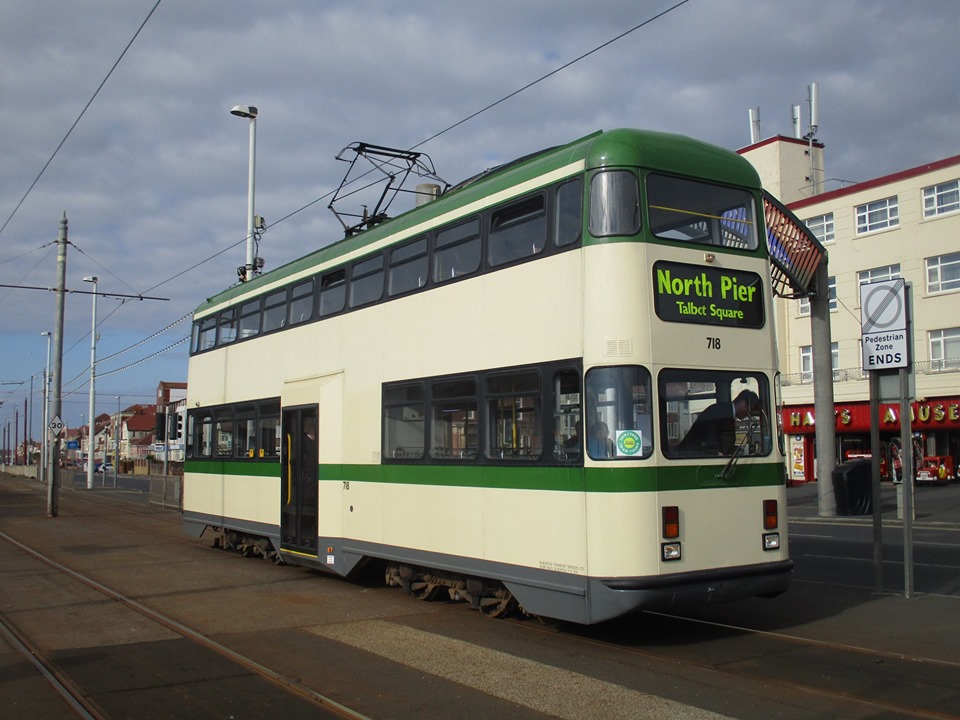 Also on 5th May, Bispham is the setting for this scene of 718, showing off a more traditional colour scheme, if not body shape! 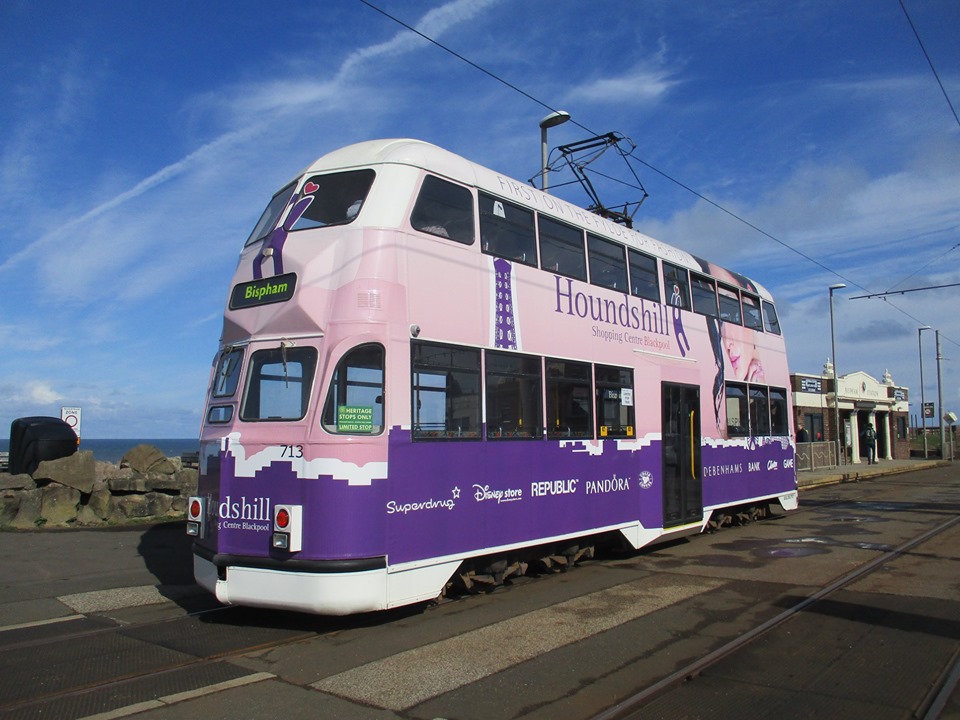 May Day itself with 713 at Bispham. Despite bright sunshine and blue skies, the weather was quite chilly over the weekend but at least it was dry! (All photos by Rob Bray)