In Pictures: Rush Hour on the Railways ends in style

Posted on Tuesday 23 April 2019 by Gareth Prior

The first enthusiast event of 2019 on the Isle of Man is now over with the four-day Rush Hour on the Railways concluding on Easter Monday, 22nd April. The Manx Electric Railway again played a significant part in the event on this day with behind the scenes tours at Derby Castle Sheds available (photos from this will follow in an article later this week) whilst out on the main line Crossbench 32 was in service with Trailer 59 also seeing use – not together! In this pictorial article David Maxwell provides photos of goings on out on the Manx Electric Railway. 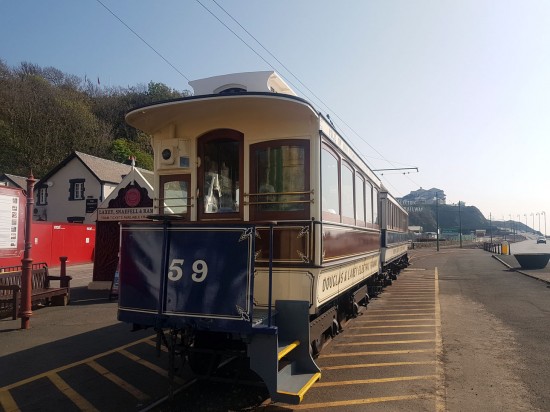 Trailer 59 – which returned to service at last year’s 125th Anniversary celebrations – was in service on Monday 22nd April with Tunnel Car 7 providing the power. In this view we see the pair at Derby Castle awaiting departure. 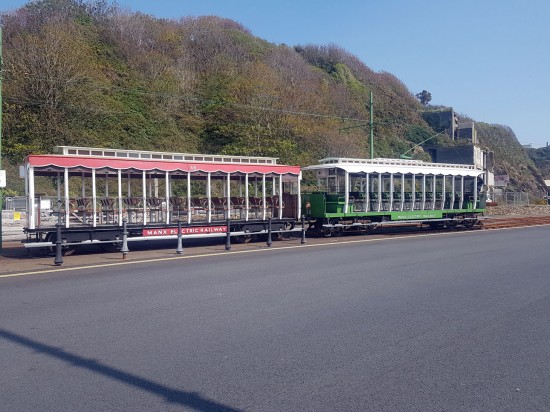 With warm and sunny the use of Crossbench 32 in service as a popular choice. It is seen here at Derby Castle alongside the former Summerland site with Trailer 46 for company. 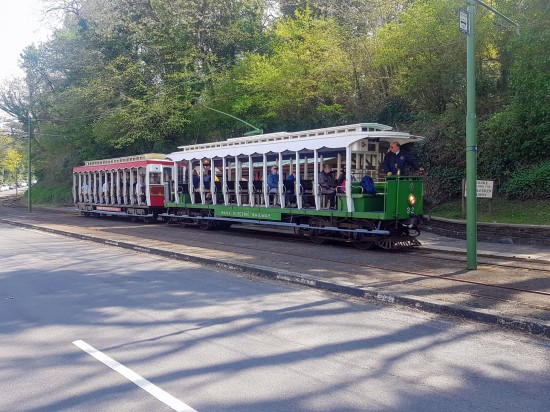 The green and red combination are caught here heading north at Groudle. Strangely it appears that 46 is more popular than 32. 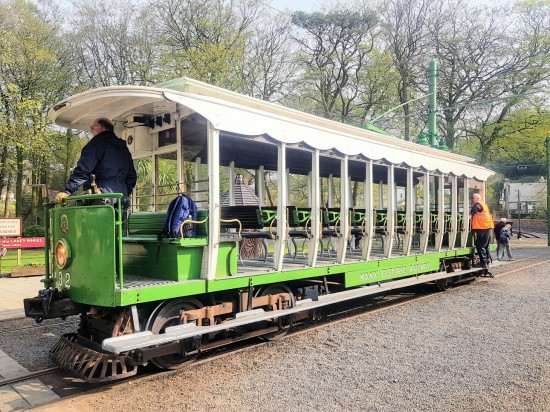 Just because we can’t resist a photo of a Crossbench! Here is 32 solo at Laxey. (All Photographs by David Maxwell, 22nd April 2019)