Posted on Saturday 6 April 2019 by Gareth Prior

We move forward in the history of the South Yorkshire Supertram this week as we enter the era of operation by major transport company Stagecoach.

Stagecoach took control of Supertram at the very end of 1997 and soon after started to replace the drab grey livery with their corporate colours of the time. This led to a rather plain mainly white livery with orange, red and blue stripes – the first of three main livery styles in the Stagecoach ere. As well as the new livery the trams were renumbered with a leading 1 put on front the old two digit number. 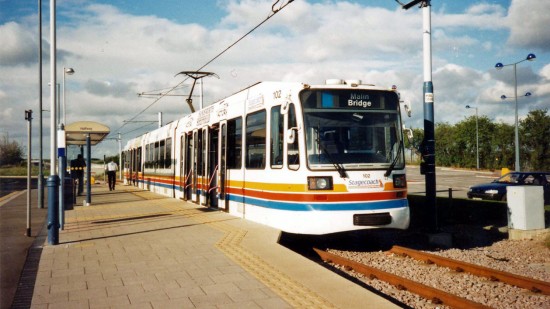