In Pictures: New advert for Supertram 116

Posted on Tuesday 2 April 2019 by Gareth Prior

Stagecoach Supertram 116 has entered service in a new all over advert with XPO Logistics the sponsor of the tram. In a fairly simple design the tram is completed in white on each end section with the central section (plus part of each end) and the doors in red. There is also limited use of contravision of some central windows plus some simple transfers on other windows.

The new advert debuted on Monday 1st April and replaces a design for Doncaster-Sheffield Airport which the tram had carried since September 2017. There are currently three trams in full advert liveries on Supertram with 111 and 118 carrying vinyls for Pretty Little Thing.com. In addition 110 has adverts, including on windows, for Sheffield College but retains standard fleet livery whilst 123 has 21st anniversary vinyls on the windows and 120 is in its long-standing Sheffield Corporation Transport livery. 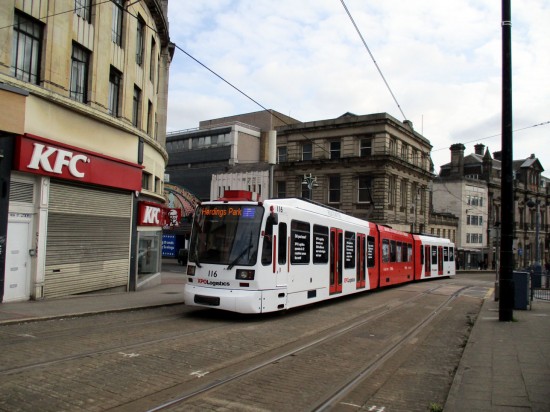 116’s first day in service in this advert saw it allocated to the Purple route. We see the tram heading away from the camera as it approaches Fitzalan Square. 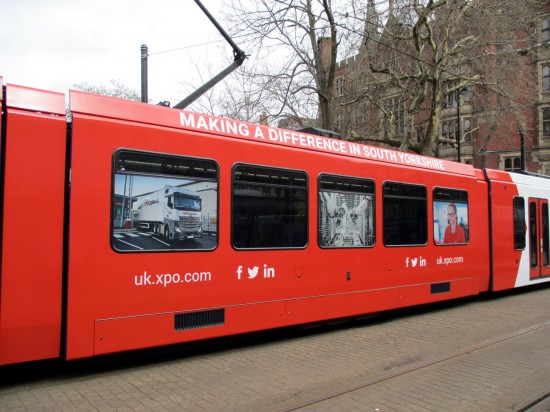 A close-up of the red central section including the transfers on selected windows. 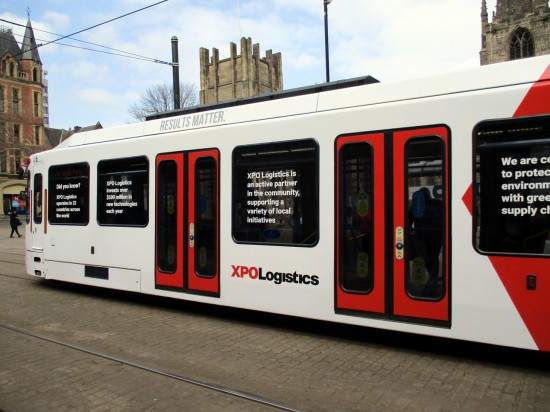 One end of the tram showing the basic design of the advert. (All Photographs by Stuart Cooke, 1st April 2019)