Posted on Saturday 2 February 2019 by Gareth Prior

It’s not just Manchester which has been hit by snow this week – the Tyne and Wear Metro has also seen fairly significant snow falls although it doesn’t seem to have much of a negative impact on service which has been running at its usual level despite the snow. Trevor Hall braved the elements for the below photo. 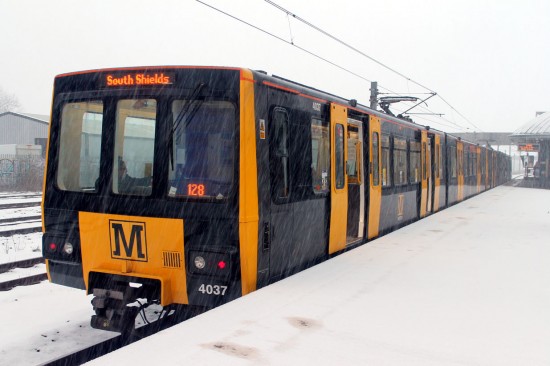 With the snow coming down and a significant amount on the platform we see 4037 at the back of a double unit at Pelaw with a service to South Shields. (Photograph by Trevor Hall, 1st February 2019)