Posted on Monday 4 February 2019 by Gareth Prior

Work on the extension of the Blackpool Tramway along Talbot Road to Blackpool North Railway Station is continuing ahead of the delayed reopening of the Promenade road. As we have reported previously the Prom road was due to reopen during January after the completion of the connection of the old and new tracks but snagging works has meant this has been delay into February. Nevertheless good progress continues to be made on the extension – for all but the final approach to the new terminus where Wilkinson’s remains firmly in the way. 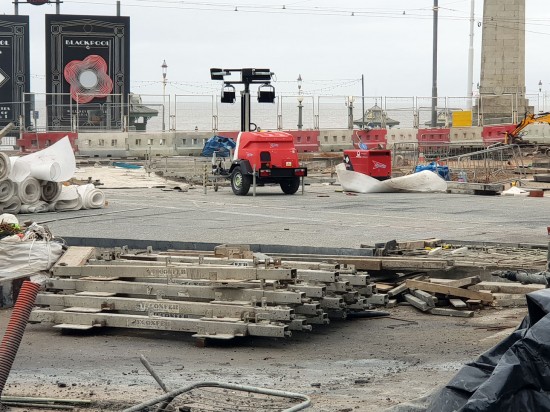 Looking across Talbot Square towards the Promenade tramway and the Cenotaph tracks and full tarmacking are in evidence in the foreground. However, in the distance you can just make out the work still needed on the track. 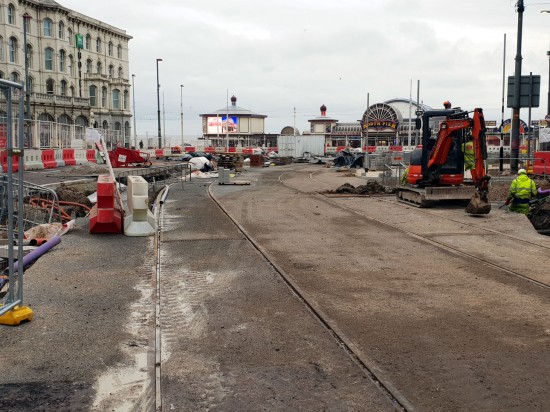 Another view in Talbot Square with track in place. 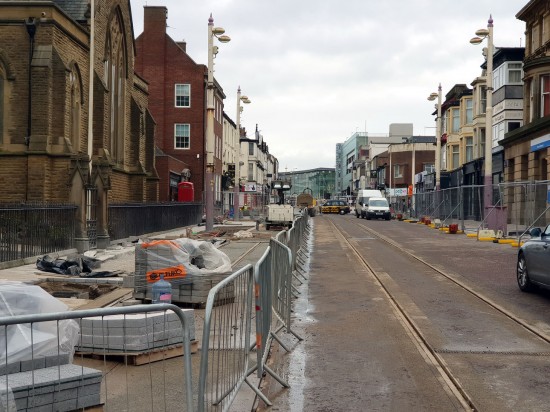 Looking away from the Promenade and up Talbot Road track and road surface are both in place. (All Photographs by Dave Jones, 26th January 2019)