Manchester 765 to Beamish – The Return!

Posted on Monday 21 January 2019 by Gareth Prior

Back in 2011, Manchester 765 spent a very successful month on loan at Beamish, primarily for operation at the Great North Steam Fair of that year, as it made its way back to its usual home tramway at Heaton Park from Blackpool (via the rather picturesque route it must be said!). And now some eight years later 765 is to head back to Beamish; this time for a slightly longer stay where the chance will also be taken for some maintenance work to be undertaken on the tram.

It is planned that 765 will make the journey across from Manchester to Beamish either at the end of this month or start of February and the maintenance work will then take place. The tram is then scheduled to start operating at the Great North Steam Fair (which takes place between 11th and 14th April) and should then be available for service at most weekends until late June.

The news of this loan – and the associated work due to take place on 765 whilst there – once again shows the co-operation that exists between heritage tramways in the UK and the deal will be mutually beneficial for both parties. For Heaton Park they will get some maintenance work completed on the tram whilst for Beamish it will help to booster their operating tram fleet for the first part of the year with a tram that is sure to be popular with visitors once again.

Matt Ellis, Keeper of Transport at Beamish, said: “We have been busy planning the Great North Steam Fair and the tramway will be playing a part in this event. Manchester 765 will take part in the event and then stay with us until late June. It is excellent that we can work with other organisations to enhance our events and expose exhibits to a wider audience.”

Geoff Senior, Head of Operations at Heaton Park Tramway, added: “We have a history of working with other heritage organisations and our trams have regularly visited other tramways across the UK. It is great to be working with Beamish for Manchester 765 to make a return visit. It seems even more appropriate for this loan to take place 70 years after the Manchester tramway network closed.”

More coverage on 765 and its holiday to Beamish will follow as and when it happens! 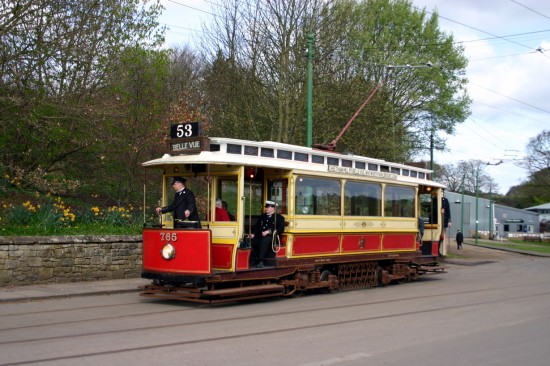 On its previous visit to Beamish Manchester 765 is seen just leaving the depot on 14th April 2011. 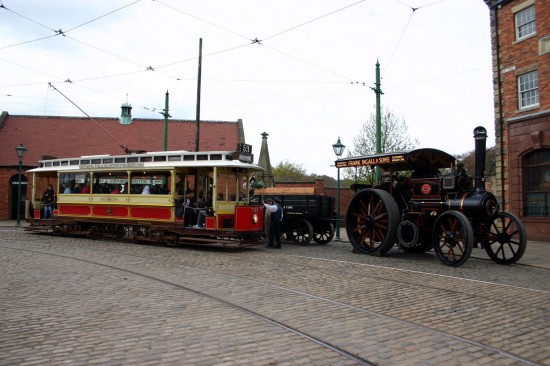 Scenes like this will once again be possible during 765's visit. This photo also dates from 14th April 2011. (Both Photographs by Gareth Prior)