A makeover for London Transport 1622

As reported previously on this website, London Transport 1622 has recently moved into the workshop at Crich Tramway Village for preparations to be made for an overhaul which will allow the tram to return to regular service. This will include a complete repaint – 1622‘s first since it first joined the operating fleet at Crich in 1997 – and it is pleasing to note that this will include some livery alterations, the aim being to portray the tram’s pre-war appearance.

Whilst 1622 will remain in its current ‘rehabilitated’ condition, it has been decided to change its appearance a bit with a repaint in its pre-war livery. One change has already been made, with the removal of its twin trolleys allowing the roof to be painted white, replacing the previous grey. The trucks and fenders are to be painted grey and, perhaps most interestingly of all, the car will be adorned with painted advertisements in an appropriate period style. Since its restoration 1622 has looked a little plain so this should be a welcome change and help to portray the external appearance of a typical working London tramcar at the museum.

London County Council 1 was recently placed on its fully refurbished bogies, and with this important stage of that project completed it will soon be 1622‘s turn to be lifted for its own bogies to receive an overhaul. This should ensure that the museum’s London fleet will be in fine fettle for many years to come, thanks in no small part to the ongoing support of the London County Council Tramways Trust.

Thanks to Peter Whiteley and Neil White for assisting with the information in this report. 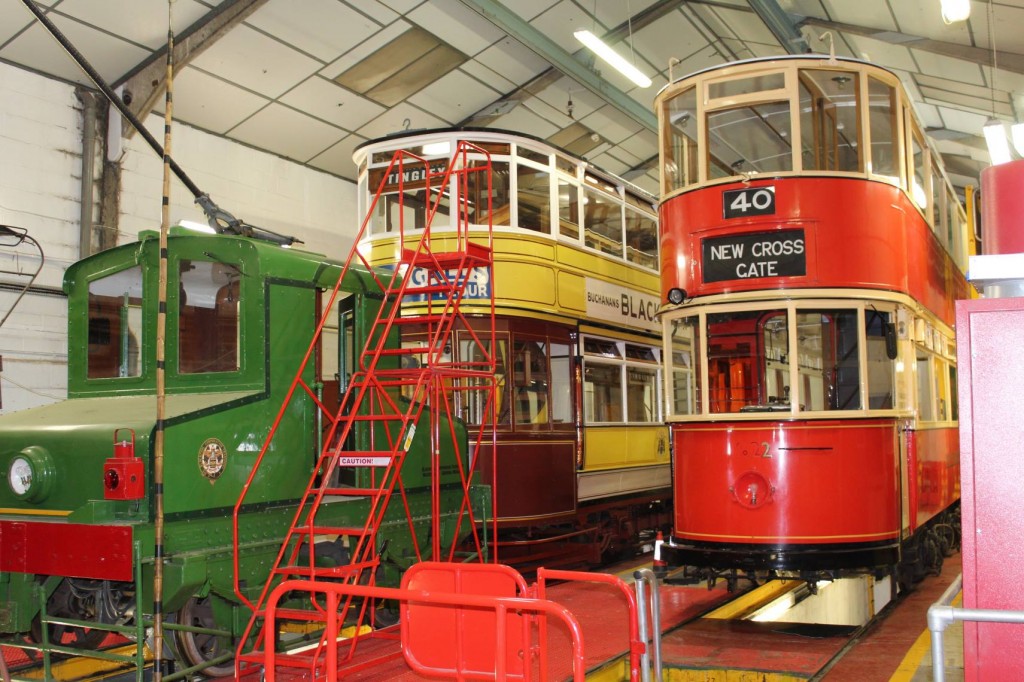 London 1622 seen in the Crich workshop on 12th January undergoing preparations for lifting off its trucks. Alongside, the Blackpool electric locomotive and Leeds 399 are both being commissioned for another year of action. 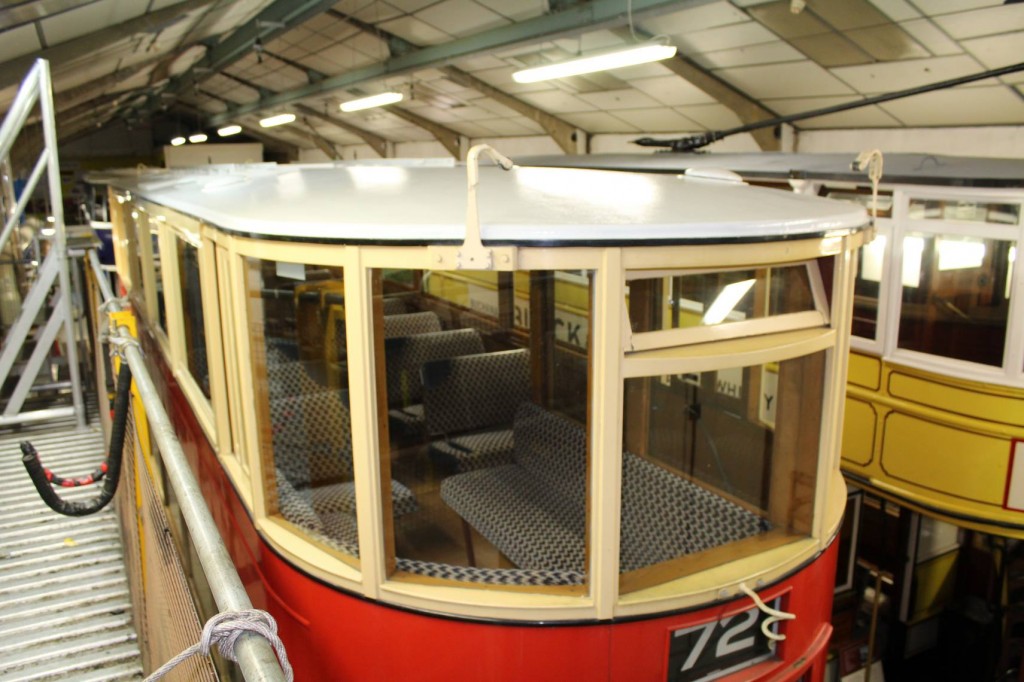 Tram roofs don't often feature on British Trams Online but here is a picture of one! The roof in question is of course that of 1622, newly painted in white. (Photos by Peter Whiteley)