Posted on Wednesday 31 October 2018 by Gareth Prior

For the second year in a row Stagecoach Supertram 110 has received branding for Sheffield College publicising their forthcoming open days. Carrying limited window vinyls and above window stickers the tram looks set to carry these adverts until at least the start of March 2019 (as that is when the last of the open days takes place). And for 110 this isn’t the only bit of news for the tram as it also made an appearance in Sunday’s episode of Doctor Who (along with another unidentified Siemens Duewag tram and the Park Square bowstring bridge) – is this the first UK tram to have featured in the long running BBC Sci-Fi series? 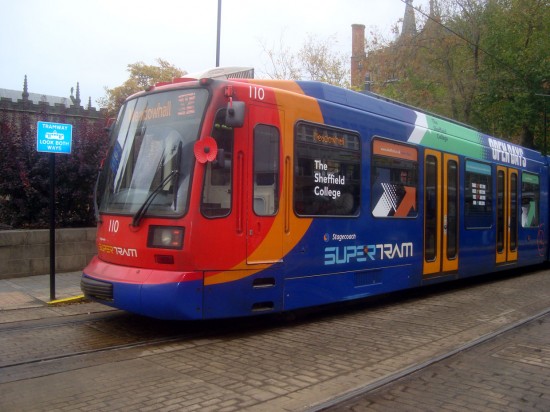 110 at Cathedral showing off part of the advert for Sheffield College. Note also the tram is carrying a poppy too. 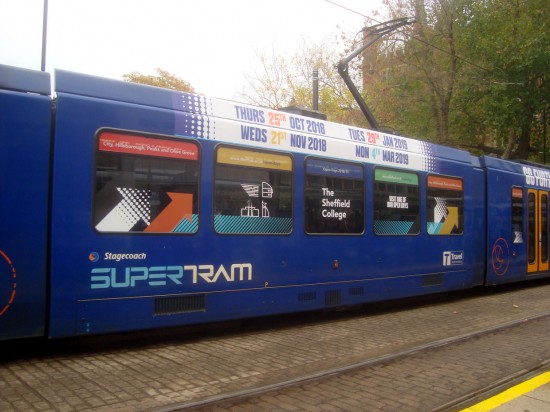 The centre section of the tram showing the above window advert detailing the Open Day dates. 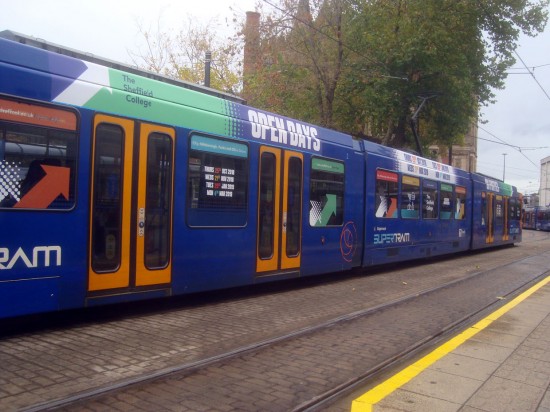 Another view of the tram and its new adverts. (All Photographs by Stuart Cooke, 27th October 2018)

1 Response to In Pictures: New Sheffield College adverts for Supertram 110