Around the World in Trams: Graz 510

Posted on Saturday 20 October 2018 by Gareth Prior

Tonight we are heading to Austria and the city of Graz for a view of a tram which is now 40 years old.

Graz, which is the second largest city in Austria, has had a tramway running since 1878 – initially horse trams before being electrified from 1899 – and is now home to a six line (five in the evenings and on Sundays) 37 mile (60km) network.

With an extensive collection of trams including some Stadler Variobahns and Bombardier Cityrunners the tram in this photo is of an older vintage having been introduced in 1978. It is no. 510 and was built by SGP (Simmering-Graz-Pauker) to the GT8 design. It is seen running through the narrow streets of Graz in July 2014. 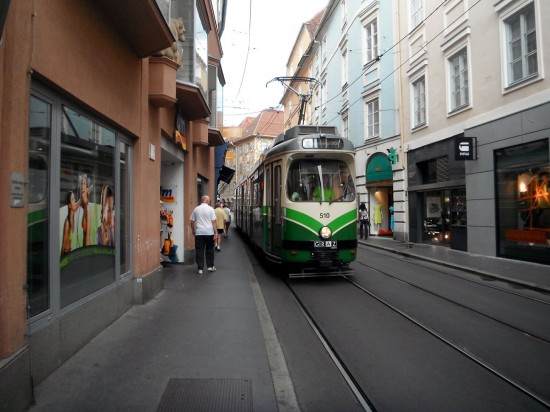 1 Response to Around the World in Trams: Graz 510