In Pictures: All change at Grand Central

Posted on Monday 22 October 2018 by Gareth Prior

As previously featured on these pages, up until next summer, all trams at Grand Central will be arriving at departing at platform 1 to allow for the continuation of construction work of the extension of West Midlands Metro which will eventually reach Edgbaston. This means that trams now use the crossover just after departure from Grand Central instead of drawing forward along Stephenson Street to just outside the Ian Allan bookstore. Photos from Martin Miller showing the new arrangements. 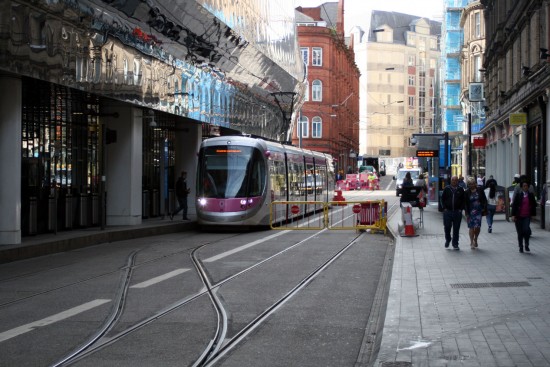 24 stands at Grand Central awaiting departure. Barriers block the track alongside the other platform. 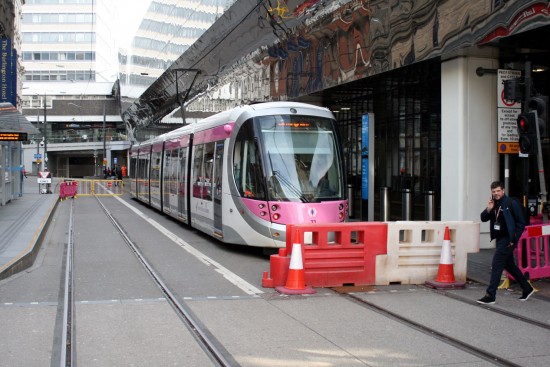 An image showing the scene from the other end of the stop with further barriers in place preventing any trams from progressing any further along Stephenson Street. 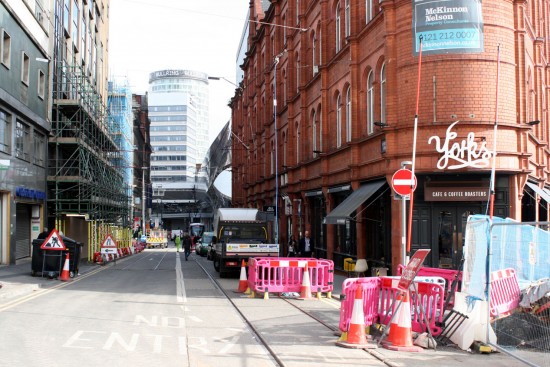 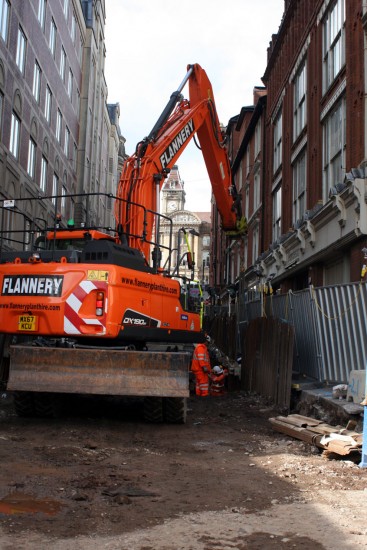 A more substantial worksite. (All Photographs by Martin Miller)

* A video of the arrangements at Grand Central is also available from Martin Miller on You Tube.

1 Response to In Pictures: All change at Grand Central