Heading into Austria as part of our look at trams from around the world today with a view from Vienna.

Having originally seen trams run in 1897, Vienna now has 29 tram routes with four depots and six parking facilities for the trams. None of the routes penetrate the inner city with all trams confined to the Ring which is the wide boulevard that was built on the site of the city walls in the 19th century. 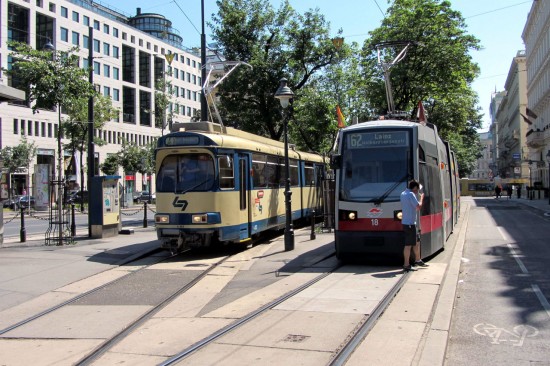