In Pictures: Flood under Midland Metro

A burst water main in Wednesbury saw new photographic opportunities on Midland Metro with it appearing for a time that trams were running over a river when in fact it just a road with up to 3 metres of water! The water main was damaged by workmen at approximately 1000 on Thursday 26th April with fire crews from across the region employed to pump the water off the road. Photos courtesy of Andy Walters. 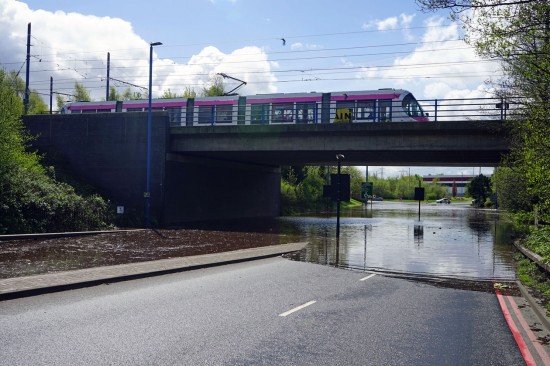 An unidentified tram passes over the flood water at Wednesbury Parkway. 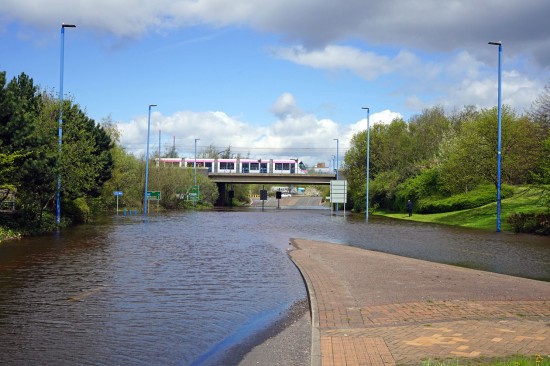 Looking every inch like a river this in fact the road with the Midland Metro line seen in the distance as a tram passes over. (Both Photographs by Andy Walters)