Posted on Sunday 11 February 2018 by Gareth Prior

The advertising vinyl revolution in Edinburgh sees no signs of slowing down with another tram receiving an advert for a new campaign from Johnnie Walker urging people not to drink and drive. The tram in question is 257 which receives its first advertising vinyls in the standard Edinburgh Trams style.

257 returned to service with this new advert over the last few days with Johnnie Walker launching a new campaign encouraging people not to drink and drive with a new website and social media hashtag of #jointhepact.

For those of you keeping count there are now only six of the 27 strong class to remain in standard fleet livery but for how much longer remains to be seen! Edinburgh has definitely taken the title of the most adverts on a UK tramway! 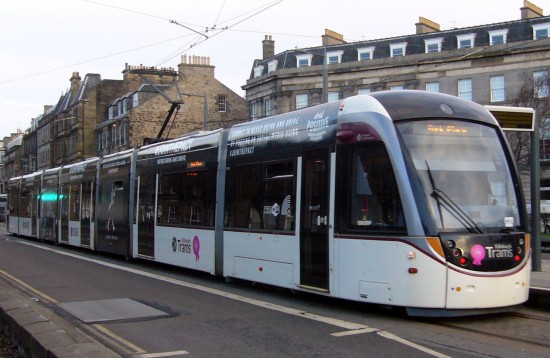 The full effect of 257’s new advert as it pauses at West End Princes Street on 10th February with a service for York Place. 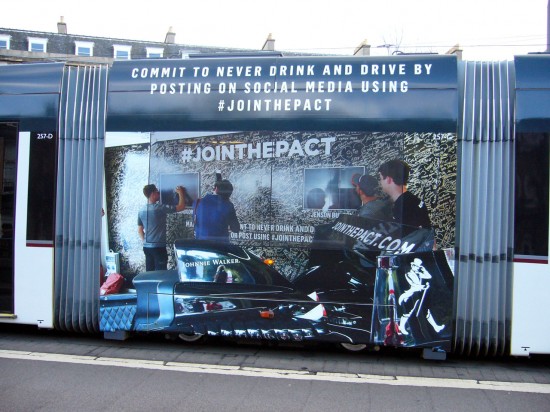 One of the full height vinyls… 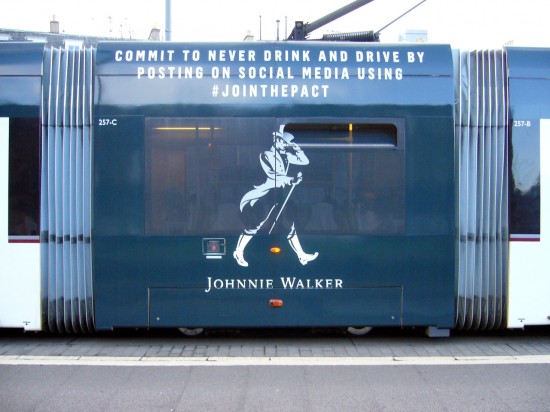 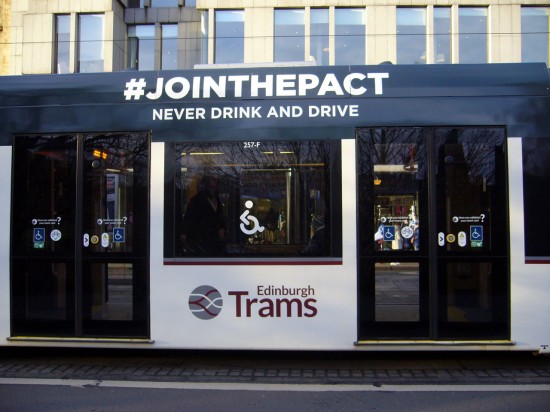 And one of the above window vinyls completing the advert for Johnnie Walker. (All Photographs by John Hampton)

One Response to In Pictures: And now Edinburgh Trams 257 receives vinyls