Posted on Saturday 2 December 2017 by Gareth Prior

As part of our 15th anniversary celebrations (have we mentioned we are 15?!) this special series will be taking a look at 15 of the key events which have taken place in the past 15 years. Throughout the series we will be looking at a variety of events both at heritage tramways and also as tramways and lines have opened but it is not intended to be a “Top 15” as we quickly realised that would be almost impossible – I couldn’t even agree with myself as to what should be on the list! In order to provide some variety a lot of different tramways are included and we have probably cheated with some of the entries, and they are most definitely in no particular order. In this edition we head to Suffolk for a fairly recent event – the London Event at the East Anglia Transport Museum.

Taking place on Saturday 9th and Sunday 10th July 2016 the London Event saw the very first short-term tram loan at the East Anglia Transport Museum with London County Council 106 making the trip from Crich a few days earlier, and staying just the duration of the event. As well as being the first short-term loan it was the rare operation of a open top double decker at the museum (a prelude for the eventual restoration of Lowestoft 14). 106 ran throughout the weekend alongside resident London car, 1858, as well as the healthy selection of London trolleybuses which are also regular performers at Carlton Colville.

The East Anglia Transport Museum is often off the beaten track for many tram enthusiasts but with LCC 106 visiting it was an excuse for many extra visitors to head east. Over 1,000 visitors were reported to attend across the weekend and although there was some showery weather on the first day that did not deter passengers from taking a ride on the open top deck. It seems there is never any reason not to go up top! This was an event which showed that getting an extra unexpected exhibit is worthwhile to get a few more people through the gates. 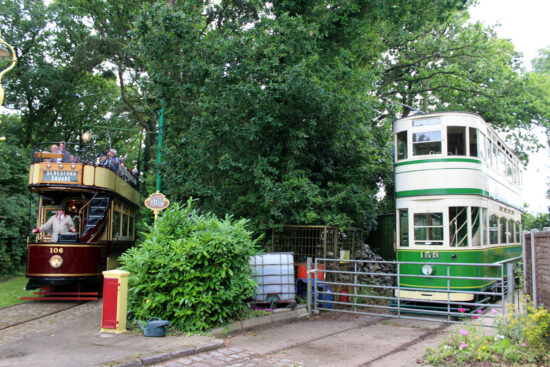 Despite Blackpool Standard 159 not being part of the weekend’s events it still got to meet up with London County Council 106. The London tram is just leaving the woods with 159 temporarily stabled out the way. 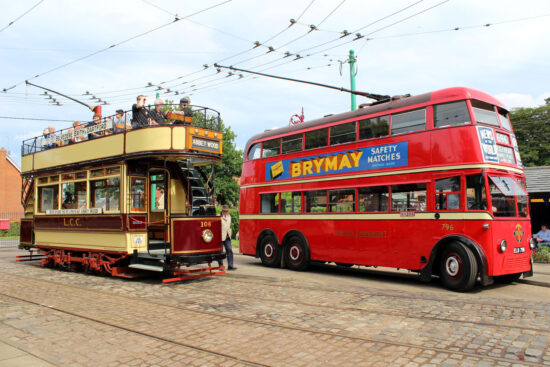 The rare chance to see 106 alongside a London trolleybus. In this case it’s 796. Both are at the Chapel Road terminus. 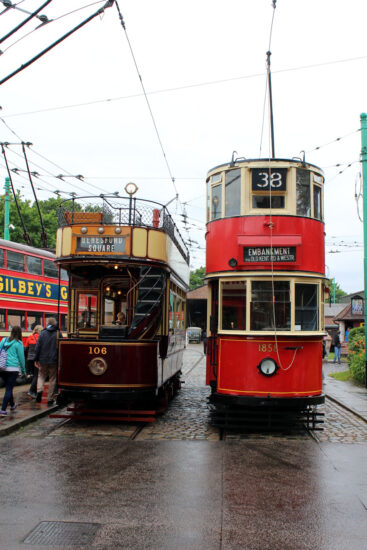 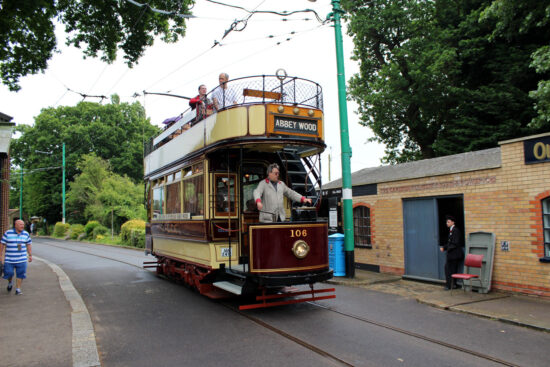 Another view of 106, this time alone. It is just setting off on a journey into the woods. (All Photographs by Gareth Prior, 9th July 2016)