In Pictures: A splash of green for 45

Posted on Wednesday 17 May 2017 by Gareth Prior

The Douglas Bay Horse Tramway may currently be closed whilst the horses recover from their infection but that doesn’t mean it isn’t making the news as regular service tram 45 has emerged from the depot in a revised livery, featuring green dash panels and yellow numbers!

Green has been the colour of choice on the Manx Electric Railway this year with a number of motors and trailers receiving the livery which was, of course, the nationalised colours carried by the trams during the 1960s. However, the Douglas Bay Horse Tramway wasn’t ever nationalised, well not until last year anyway!, and so the trams hadn’t previously carried the green. It may not be a historically accurate colour scheme but it does add some extra colour to the tramway and is sure to provoke some debate! 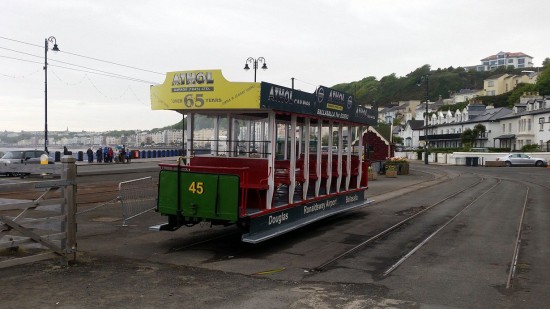 It’s not often you only see one horse tram outside the Tramway Terminus and it isn’t often you see a green horse tram either! 45 makes a change. 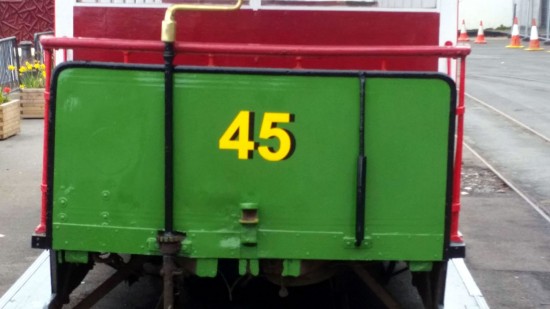 A close-up of the end dash of 45 showing the yellow and green colours. (Both Photographs courtesy of Friends of Douglas Bay Horse Tramway)