Posted on Tuesday 2 May 2017 by Gareth Prior

The number of non-standard liveries on Manchester Metrolink has declined again of late with only one tram having been carrying a vinyl wrap advert, 3095. This tram was advertising Raytheon Software Engineers in a rather dark livery but this week these vinyls have been replaced by some which, shall we say, are a bit on the brighter side! The latest sponsor of the tram is Key 103, a local radio station, with the base colour this time being pink. Once again the ends of the tram are left free with the extensive use of contravision on the remainder of the tram.

Elsewhere in order to celebrate the 25th anniversary of Manchester Metrolink 3092 (chosen as the system opened in 1992) received a slightly revised livery with the grey spots repositioned in the shape of the number 25. All other trams are currently in the standard Metrolink livery. 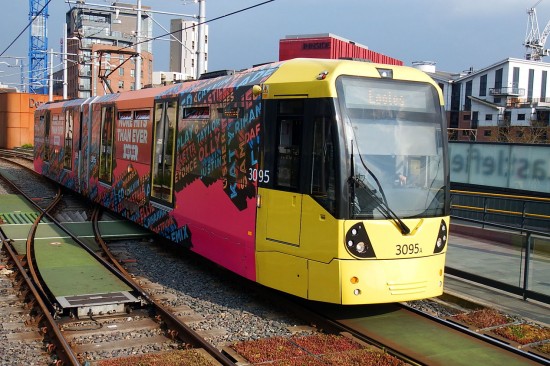 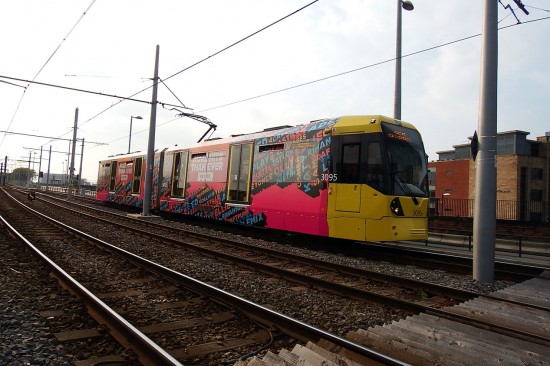 Two views of the new look 3095 at Deansgate-Castlefield on 2nd May 2017. (Both Photographs by Steve Kemp)