Posted on Tuesday 2 May 2017 by Gareth Prior

This edition of Picture in Time returns to the Isle of Man and we find ourselves on the Manx Electric Railway once again with a duo of images showing illuminated Tunnel Car no. 9.

Built in 1894 no. 9 was one of six Tunnel Cars delivered to the Isle of Man for the extension of the line to Laxey and indeed was the last of the six of the delivered and is now one of just four to survive. These two views were taken on 7th September 1993 and show no. 9 during the Year of the Railways. In order to celebrate this the car had been repainted over the previous winter and was also fitted with lightbulbs to make it an illuminated tram. It also carried roof advert boards.

The first image shows no. 9 running single motor as it heads north from Derby Castle showing both its lightbulbs and roof advert boards to good effect. 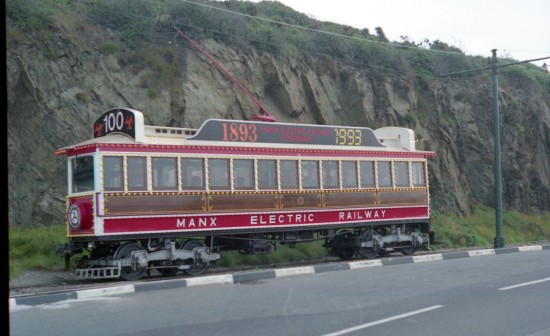 And then we see the car heading north past Laxey as it seems to be attracting the attention of many photographers as it runs past. 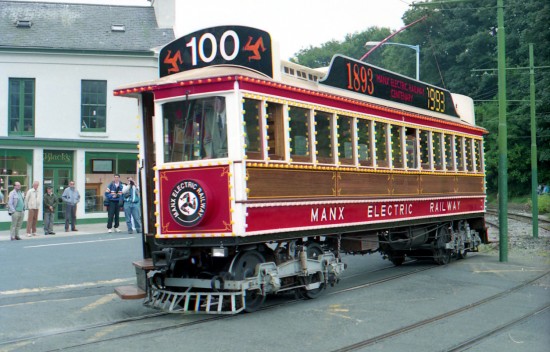