Party of three at Taylor Street!

A momentous event took place at the Birkenhead heritage tramway on 23rd April, when Warrington 28 was moved from its long-term resting place to a new spot within the Pacific Road tram shed, alongside the running tracks. This means that, for the first time in the tramway’s history, it was possible to see three tramcars stabled side by side in the building!

28 (which is actually Warrington 2 but is being restored in a condition that represents modifications made to other trams of its type rather than this car itself) has been under protracted restoration for many years which is now at an advanced stage. However, in preparation for some building works to be carried out at the Taylor Street site to improve the facilities there, it was essential that the space occupied by the tram be cleared. To achieve this, the partly completed top deck had to be detached from the car, the body of which was then mounted upon a portable trolley and moved to another part of the same complex. It now stands next to the two running tracks which house the rest of the Birkenhead tram fleet, and of course once completed, Warrington 28 will be joining them on the rails! So, this small but significant step has taken the last surviving Warrington tram a little closer to gracing the tracks of the heritage line. 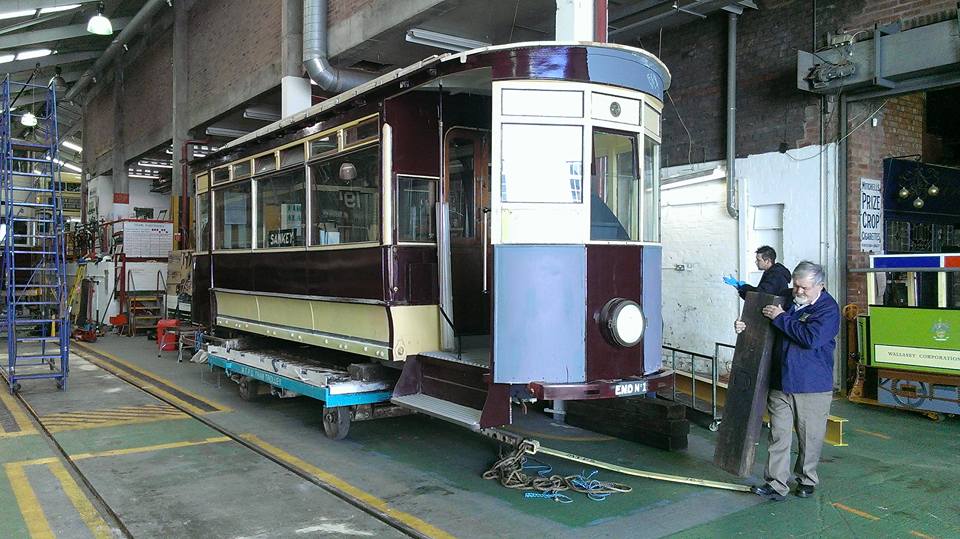 In its new spot in the depot, the progress made to date on restoring Warrington 28's lower deck can be clearly admired in this view. Note the trolley on which the body sits, which was used to move it from its previous resting place, and the 'toy' Wallasey tram to the far right which is a novel attraction for the tramway's younger visitors. 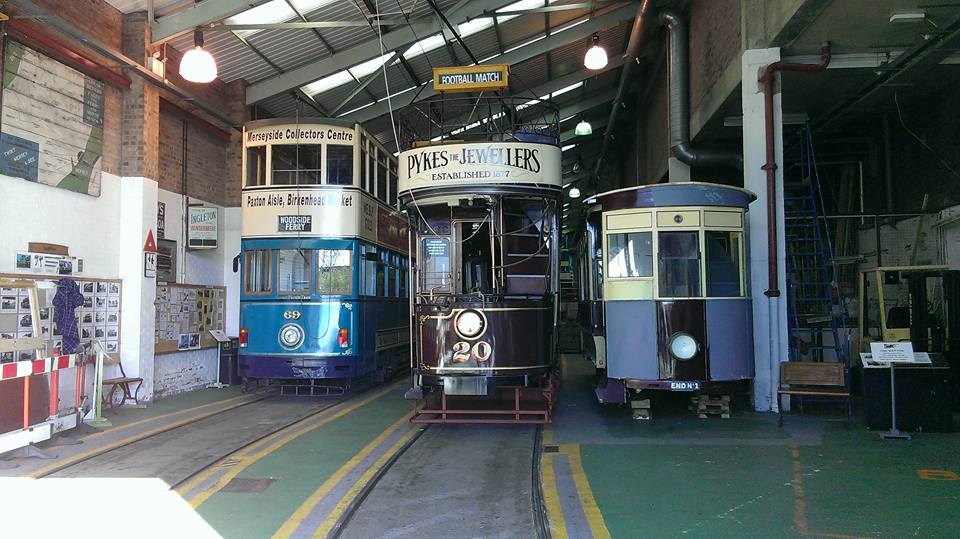 A fine trio of trams seen for the first time at the front of the Taylor Street depot: Hong Kong car 69, Birkenhead 20 and Warrington 28. (Photos by John Hewitt)