Posted on Saturday 15 April 2017 by Gareth Prior

We head back to the archives again today for the latest edition of Picture in Time and we are in 1992 for some early images of Manchester Metrolink with the subject being T68 1013.

1013 was built at Firema’s Cittadella Works with the tram being delivered to Manchester on 30th January 1992 before it entered service on 6th April of the same year. By the time these photos were taken on 27th April 1013 had already suffered a derailment (at Victoria during testing) and it was also to suffer a minor derailment at Queens Road Depot in February 2007. It became the 23rd of the trams to be withdrawn from service when it was taken out of use on 2nd December 2013. It lingered in Manchester until September of the following year when it took the familiar route out of town on the back of a low loader for scrapping in Rotherham.

In this first view on 27th April we see 1013 arriving at St Peter’s Square with a service for Bury. 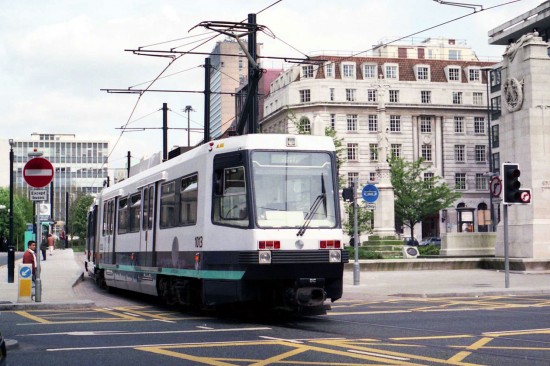 And then later on the same day we catch up with 1013 as it heads through the future site of Shudehill tramstop again heading to Bury. 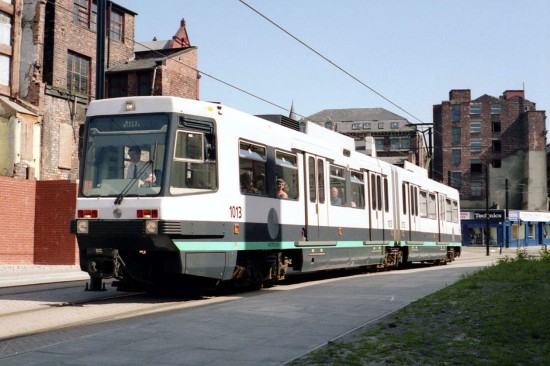