In Pictures: Wallasey 78 runs on test

After a lengthy period out of action, it is pleasing to see that Wallasey 78 has finally been re-commissioned at the Birkenhead heritage tramway. The tram has been undergoing various mechanical work, including the replacement of cracked wheel spokes and repairs to the motors, and has been beset by a whole host of unforseen issues which delayed its return to service.

However, with all the essential work completed at last and the tram re-assembled back on its truck, a test run was undertaken on 6th April, marking 78‘s first run out on the tramway since work began. The tram has since been seen out and about being tested again on 8th April, and is likely to become a more common sight again whilst test mileage is being accumulated to prove the car’s ability to run reliably. No date has yet been given, sensibly, for its return to passenger service and there are some minor teething problems to be ironed out – but hopefully it won’t be too much longer before the only preserved Wallasey tramcar can carry passengers once again, providing another useful and very attractive tram to the operational fleet at Birkenhead. 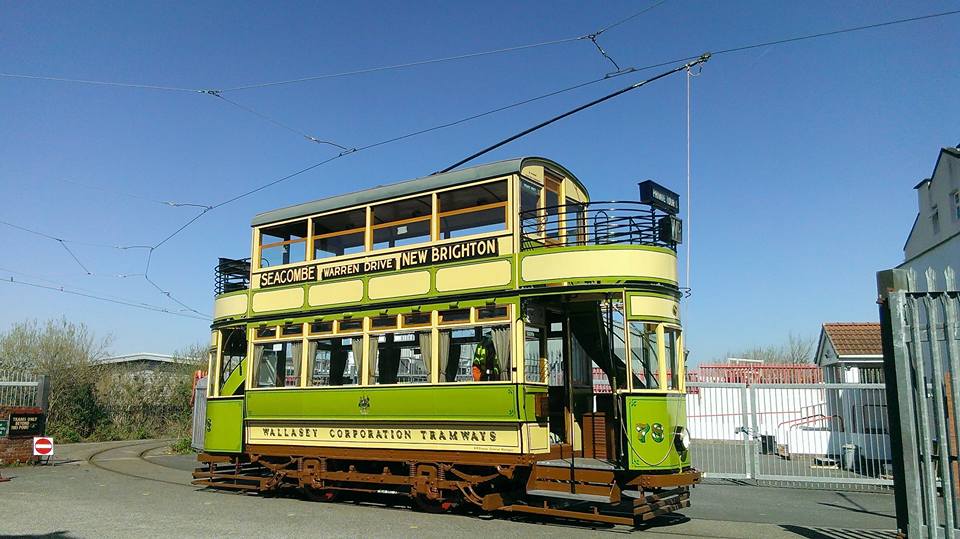 In glorious spring sunshine, Wallasey 78 is seen emerging from the tram shed at Taylor Street Birkenhead for test running on April 8th. 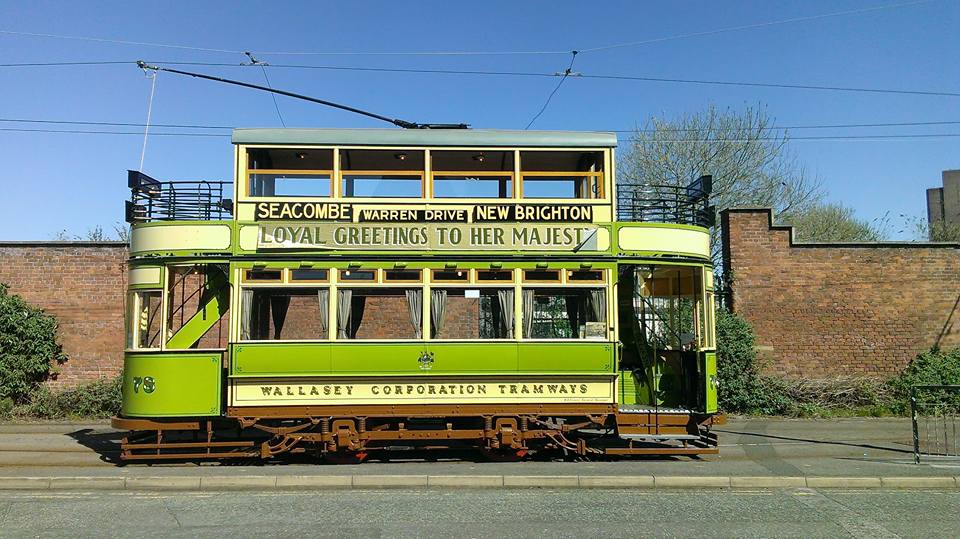 With patriotic banners still in place on one side from its last period of operation, Wallasey 78 takes a short breather at Pacific Road. (Photos by John Hewitt)

1 Response to In Pictures: Wallasey 78 runs on test