Posted on Saturday 24 December 2016 by Gareth Prior

As its nearly Christmas we have some wintery images for our last visit to the archives for 2016 as we are on Midland Metro. The subject of this edition of Picture in Time is T69 06 which had been in the wars following heavy snow fall on 21st March 2013.

06 was one of 16 T69 trams built for the opening of Midland Metro arriving at Wednesbury Depot on 27th July 1998. Following the delays experienced in opening the system to the public the tram entered service in spring 1999 alongside its sisters and continued to be a member of the operational fleet until withdrawal and eventual transport to Long Marston where it can found stored today.

These three views were taken on 21st March 2013 when the West Midlands had been hit by snow overnight with the snow continuing to fall as services began on the morning. 06 was the first tram out of depot on this day and on its journey to Wolverhampton St George’s the front skirt was hit by compacted snow which pushed this back under the tram. Upon arrival at Wolverhampton the driver and conductor had to pull the skirt out from the tram and they ended up putting it inside the tram until they could return the tram to depot for repairs.

In this first image we see 06 at the stop with the skirt in front of the tram. 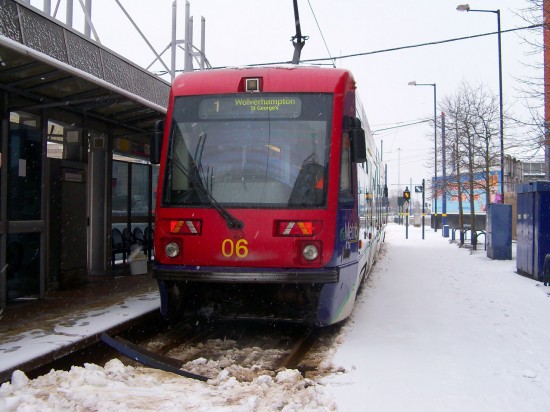 Then we see the tram again at the stop with the platform being cleared of snow. 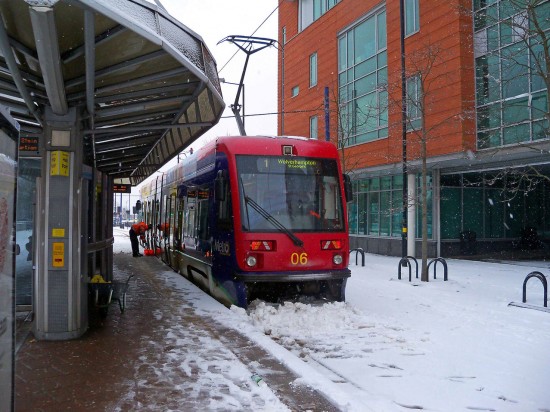 And finally we take a look inside 06 with its skirt ready to take a ride back to depot. 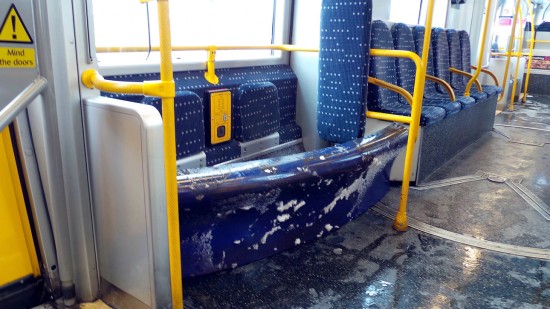 All Photographs by Andy Walters