Posted on Saturday 18 August 2012 by Gareth Prior

A few weeks ago we bought you photos of Ipswich 33 which has recently been  cosmetically restored at the Ipswich Transport Museum and made mention of the fact that the team responsible were turning their attention to Cambridge Horse Car 7 and we are now able to bring you a few images of this tram courtesy of Stephen Cobb.

So far the main work undertaken on this horse tram has been the painstaking task of carefully rubbing down sections of one side with wet and dry paper which has led the team to make a few discoveries about the tram. This includes the fact that it is definitely car 7, the crimson livery, a number of adverts applied to the tram and some signwriting of the Tramway Company name. 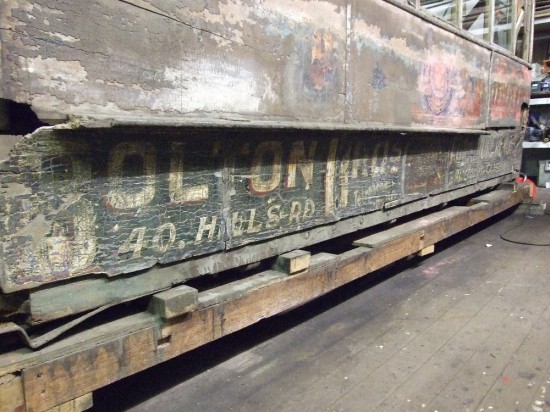 A view showing part of an advert for Boulton Bros which is on the lower section of the tram. (Photo: Stephen C0bb) 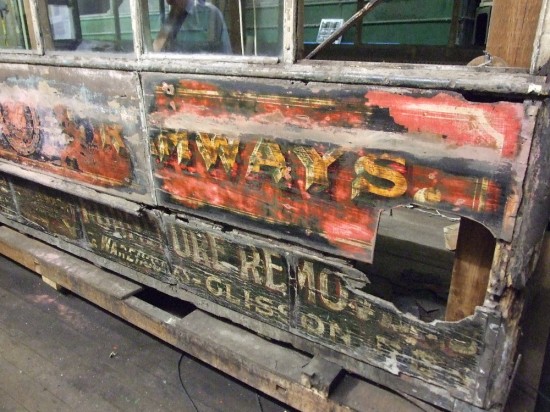 A close-up of end of the car below the windows which shows the crimson livery and the "Tramways" wording with a section of an advert below. (Photo: Stephen Cobb) 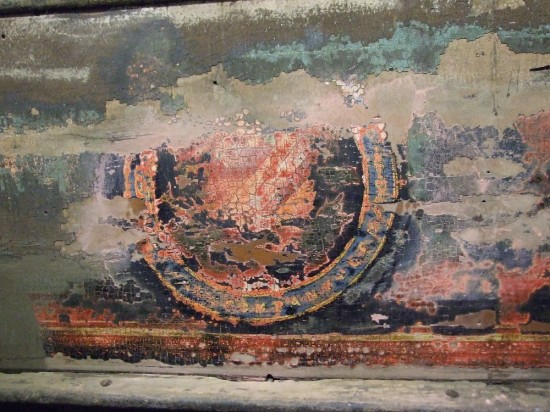 A view of the just visible 7 surrounded by a garter which you can just read the "...way Company Ltd" section at the bottom. (Photo: Stephen Cobb) 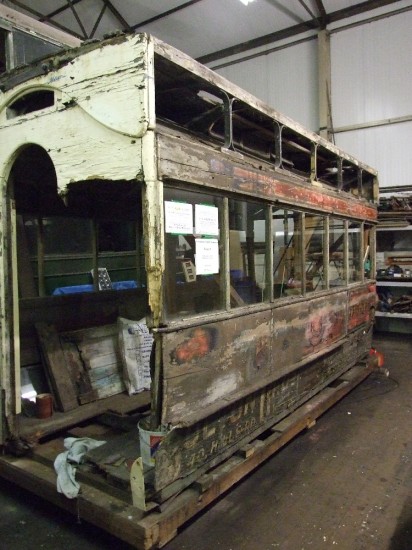 A general view of the tram. (Photo: Stephen Cobb)