Posted on Wednesday 22 June 2016 by Gareth Prior

Sunday 19th June saw another car rally take place at Crich with the Simca Club attending for their National Meeting 2016. A large number of cars were on display once again intermingling with the trams running in service. In addition to the trams in public service Blackpool 167 was in use on an Ultimate Tram Driving Experience and Cardiff 131 was on conductor training. Photos provided by Hazel Quarmby. 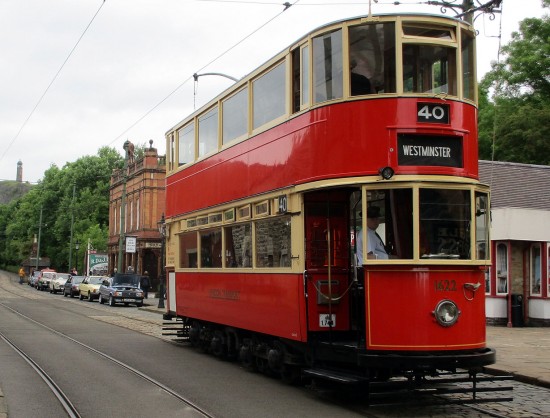 For a tram which wasn't due to run in service in 2016 London Transport 1622 has been seen in action quite a bit! Here it is seen passing some of the cars visiting on the day. 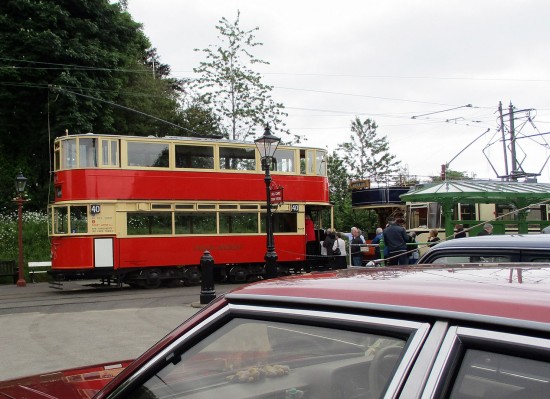 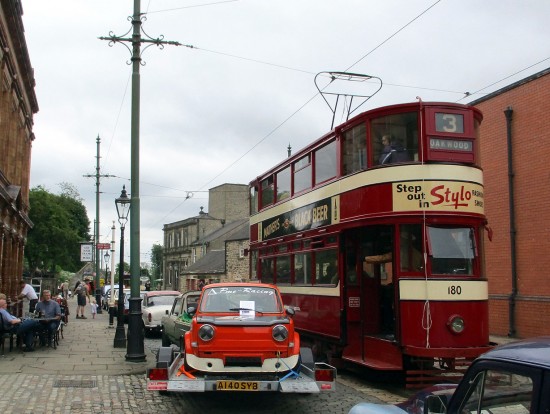 Leeds 180 passes the cars outside The Red Lion. 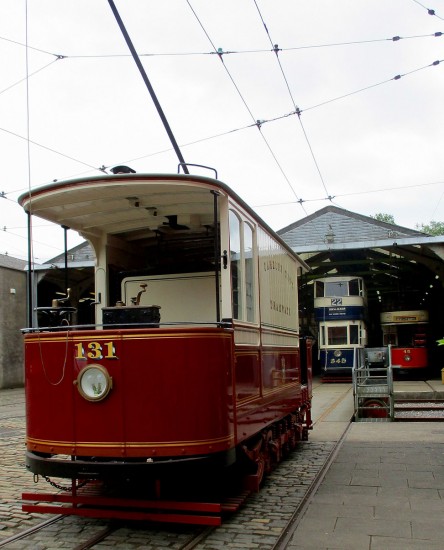 Cardiff 131 sits on the depot fan having been in use on conductor training. 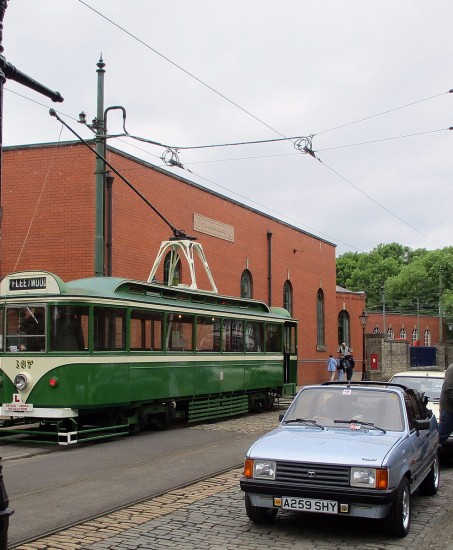 Blackpool 167 on a UDE also passes some of the visiting cars. (All Photographs by Hazel Quarmby)