In Pictures: L&CBER 7 at the Llandudno Transport Festival

Posted on Wednesday 11 May 2016 by Gareth Prior

The May Day Bank Holiday Weekend saw the annual Llandudno Transport Festival at Bodafon Fields with the Llandudno & Colwyn Bay Electric Railway Society’s replica tramcar no. 7 once again one of the star attractions.

Unfortunately heavy rainfall in the lead up to the event had led the fields where the festival takes place to be sodden which meant that the planned hauled run of 7 along the former route of the Llandudno & Colwyn Bay Electric Railway which ran through Bodafon Fields had to be cancelled even before the weekend arrived. Further heavy rain over the weekend also meant that the fields became even wetter with very muddy conditions underfoot. It became so muddy at times that even large lorries had to be towed out from the lower field by a tractor!

7 was again located on the lower field where it was surrounded by lorries and mud, lots of it! This location was chosen as it is on the former trackbed of the tramway but it did also mean that 7 was out of the way and with the soggy conditions underfoot this probably led to less visitors to the tram that would be expected.

In addition to 7 the event also saw numerous buses (newer and older), cars, lorries and other commercial vehicles. Meanwhile the town centre saw the Victorian Extravaganza which as well as having lots of fairground rides saw a number of steam vehicles on display. 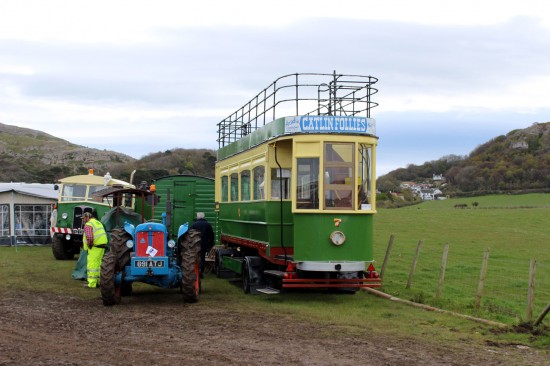 7 stands in the muddy lower field with the "rescue tractor" alongside. 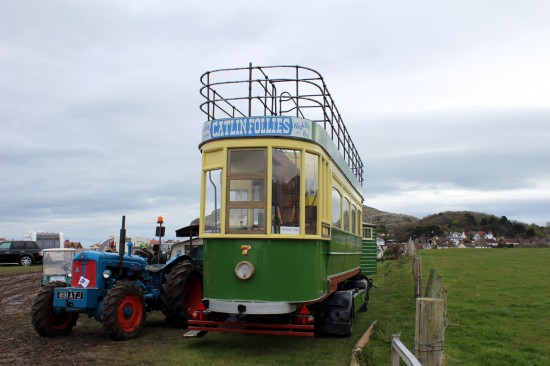 Another view of 7 on 1st May at the Llandudno Transport Festival. 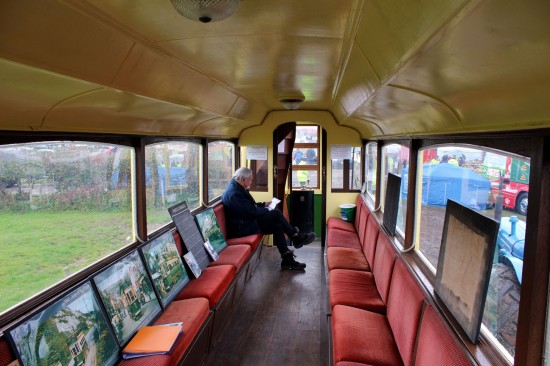 An internal view of 7 with John Bird of the Llandudno & Colwyn Bay Electric Railway Society on duty. 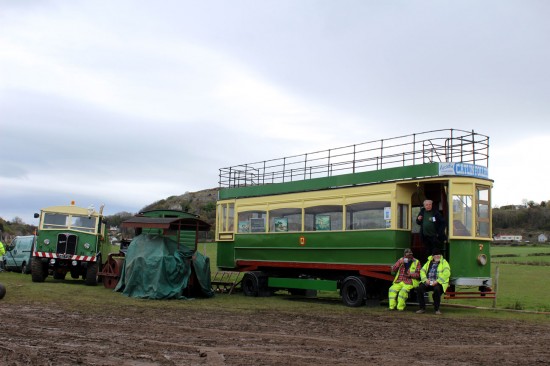 One final view of 7. (All Photographs by Gareth Prior)