Posted on Tuesday 8 March 2016 by Gareth Prior

Celebrity liveried Midland Metro T69 11 has become the latest to leave the depot at Wednesbury with the familiar sight of an Allelys low loader arriving on Tuesday 8th March. 11 had been waiting in the depot yard since the end of last week for the low loader to be available but it has now left Midland Metro property for the last time.

Of course now if you mention 11 people will think of the celebrity livery applied in 2013 to commemorate the 60th anniversary of the closure of the original Birmingham Corporation Tramways but the tram had been going about its business in the standard fleet livery since being delivered in October 1998. It received the name Theresa Stewart – a long serving Councillor and keen supporter of Midland Metro from the outset – in 2003 (becoming the second T69 to receive a name) and kept that name all the way until it was withdrawn from service in December 2014. Despite its celebrity livery the tram was not to be treated any differently and after withdrawal was stored with the other trams at the bottom of the depot yard awaiting collection for offsite storage.

Having spent over a year in storage at Wednesbury the day finally came for 11 to make the move with the tram being moved in preparation for collection during the first week of March. After several delays Allelys arrived back at Wednesbury during Tuesday 8th March and after a swift loading of the tram it headed off into the distance and storage at Long Marston.

11 is the ninth of the once 16 strong class to be moved and it is expected that the coming days, weeks and months will see the remaining trams also head to Long Marston. 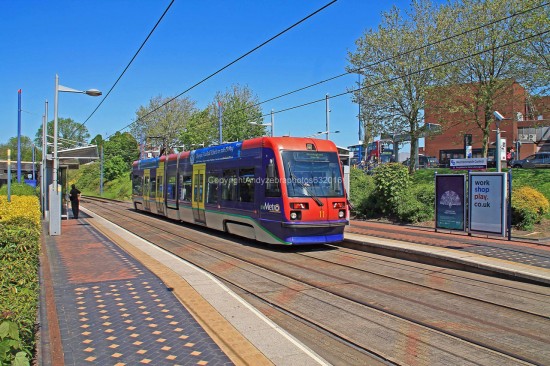 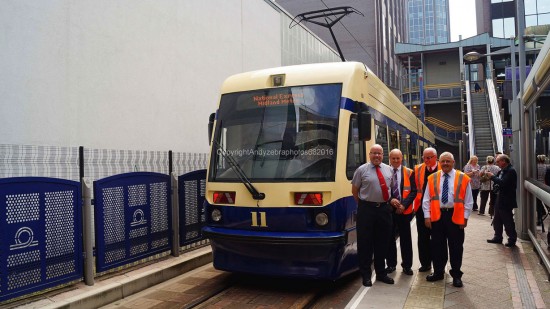 On 22nd August 2013 and 11 was unveiled in its commemorative livery at Birmingham Snow Hill, seen here with proud Midland Metro staff. 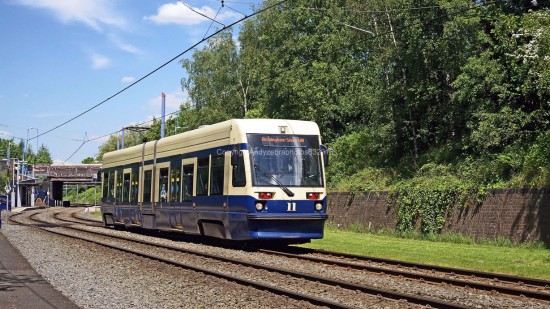 11 enjoyed only 16 months in service in the commemorative livery. This view shows the tram on 20th May 2014. 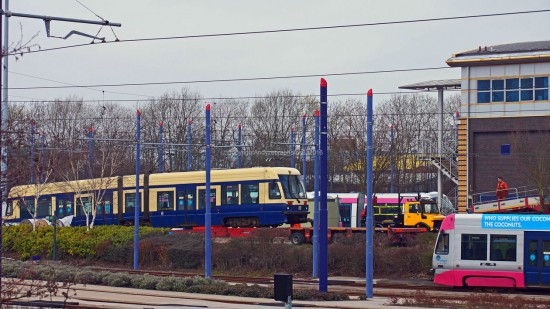 Fast forward to 8th March 2016 and 11 is on the back of the low loader awaiting departure. Fellow T69 10 is also visible in this shot. 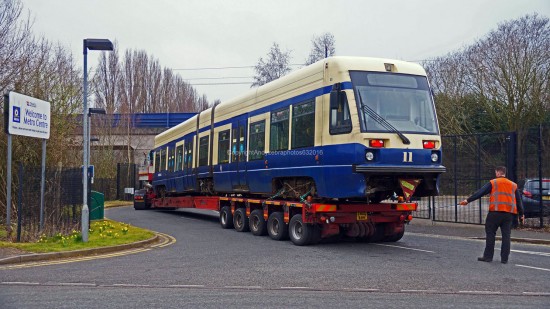 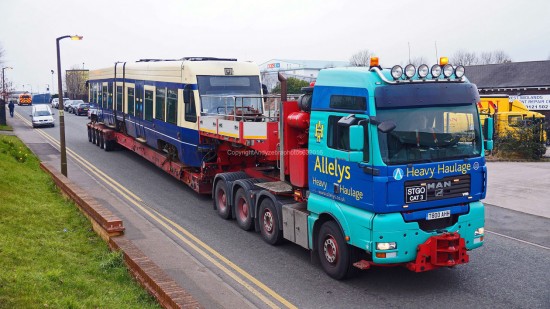 One final view of 11 before it heads off to Long Marston. (All Photographs by Andy Walters)