And the winners are

Posted on Sunday 17 January 2016 by Gareth Prior

After seven weeks of voting the results are in for the British Trams Online Tram of the Year 2015 contest although to be honest contest was hardly the word with the outcome pretty certain from the first week of voting back in December. All four awards are heading back to the north west of England with Blackpool once again being recognised by enthusiasts in two categories with Manchester Metrolink’s M5000 3100 winning Tramcar (Modern) of the Year whilst Liverpool 245 won the main award as Tramcar (Traditional) of the Year.

For the first time since 2006 (and for only the third time in 13 years – three and a half if you include NET 203’s joint win in 2014) the winner of Tramcar (Traditional) of the Year is a tram which has never even set foot in Blackpool with Liverpool 245 receiving the most votes. Over 40% of those who voted in this category thought that the fact that 245 was finally relaunched into service at the Birkenhead Heritage Tramway after an extensive restoration meant it deserved the accolade and who can argue with the achievements of the Merseyside Tramway Preservation Trust in getting the Baby Grand back to the rails? In winning the award not only is 245 a rare winner from outside Blackpool it is also the second tram to not only come from Liverpool but also to be based at Birkenhead to be voted in as Tramcar (Traditional of the Year). Second place went to Blackpool Balloon 715 (22%) with Hull 96 (13%) completing the top three but in truth 245 took an early lead and never looked like being caught.

For only the second time we also anointed Tramcar (Modern) of the Year and for the second time this award went to Manchester Metrolink. Whereas the 2014 award went to T68 1007 which had just entered preservation this time around it was a much newer tram which received the most votes – the historically important M5000 3100. Over 55% of you who voted in this category thought that 3100 was the most deserving of the award with Nottingham Express Transit’s 230 (27%) coming in second and Midland Metro’s 29 was third (16%).

Tramway of the Year was another category which didn’t see much of a contest with a huge winning margin for the Blackpool Tramway – which is surpisignly the first time that Blackpool has won this award in the fourth year of it being voted for. Almost 65% of those of you who voted in this category considered the Blackpool Tramway as the best tramway in 2015. Although mainly nominated the success of the heritage service the main light rail service also saw a major improvement making Blackpool a true all rounder in 2015. Nottingham Express Transit came in second place (20% of the vote) with the Black Country Living Museum taking third place (15%).

The final award of the contest also went to Blackpool in another category which saw a runaway leader. The best Event of the Year according to the voters was the Blackpool 130th Anniversary weekend in late September which saw everything which could run from the heritage fleet doing so and the chance to see behind the scenes at Rigby Road and Starr Gate Depots. Almost 54% of votes went to this event which was a true spectacle to behold. One of the closest fights was in this category between second and third place with Heaton Park’s launch of Blackpool Railcoach 280 (19%) eventually beating Crich Tramway Village’s TMS 60 event (18%) by just seven votes.

So there we have it the British Trams Online Tram of the Year 2015 contest is over and we have four more winners to bask in the glory for 12 months. Don’t forget to keep your thinking caps on throughout this year for the 2016 contest – nominations open in November!! Thank you to everyone who voted and congratulations to Liverpool 245, Manchester Metrolink 3100, Blackpool Tramway and the Blackpool Tramway 130th Anniversary event.

Tramcar (Traditional) of the Year

Tramcar (Modern) of the Year 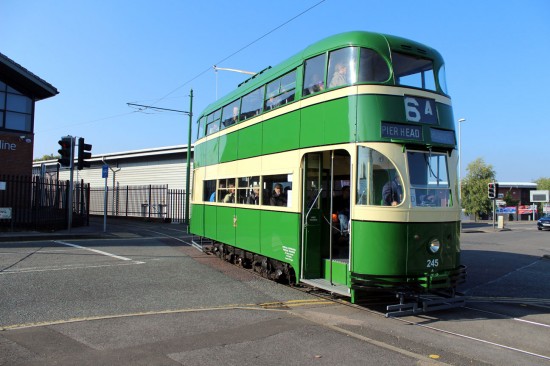 Tramcar (Traditional) of the Year 2015 Liverpool 245 is seen at the Birkenhead Heritage Tramway on 4th October. 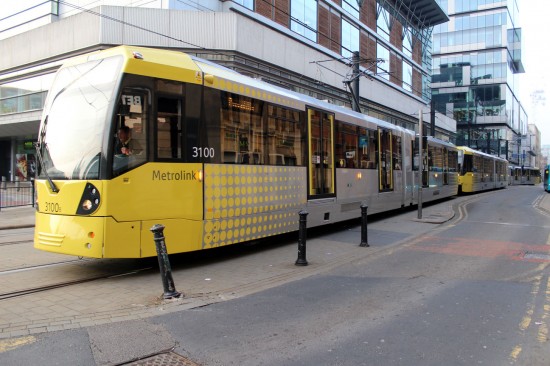 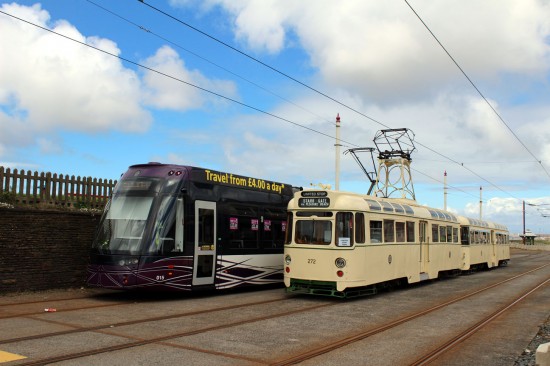 Tramway of the Year is Blackpool for providing scenes such as this as Flexity2 015 passes Twin Car 272+T2 at Bispham on 21st June. 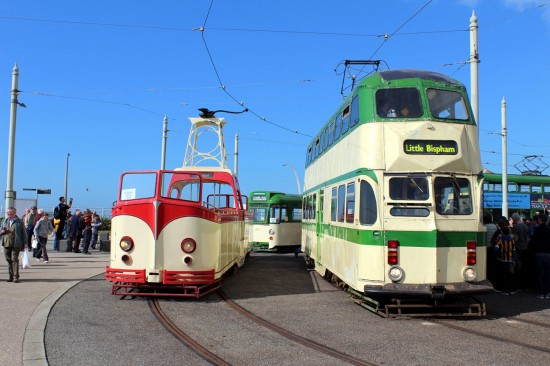 Event of the Year was the Blackpool 130th Anniversary weekend. This view shows a busy Pleasure Beach loop with Boat 227 and Balloon 723 at the front waiting their next duties on 26th September. (All Photographs by Gareth Prior)

3 Responses to And the winners are