There have been some more changes to the operational Midland Metro Urbos 3 fleet recently with 34 becoming the 18th of the class to enter passenger service whilst the newest of the trams – 37 – has now started testing.

34 had been delivered to Birmingham back on 23rd January and had been undergoing the very extensive testing and commissioning process for several months. With the required mileage successfully reached the tram was moved into the operational fleet allowing 34 to enter service during mid December.

With the entry into service of 34 there are now just three of the 21 strong class which have not yet carried passengers: 17, 36 and 37. Of these 37 has become the latest to start testing with it first taking a trip onto the mainline on Friday 18th December for one round-trip to check everything was working as it should have been. This was then followed by a full day of testing on Monday 21st December. 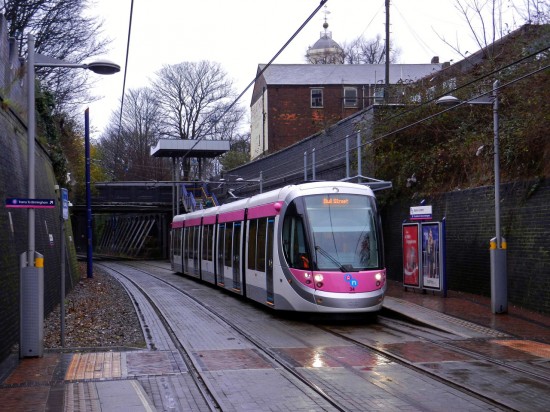 34 at Bilston Central on a wet and dismal 21st December. 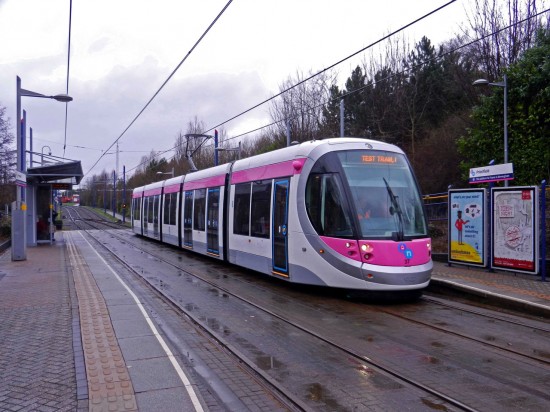 37 is seen here whilst on a test run at Priestfield. 21st December. (Both Photographs by Andy Walters)