Crich Tramway Village may be closed to the visiting public for winter, but that certainly doesn’t mean that the activity on site has ceased – far from it, in fact! Around the museum preparations are already underway for re-opening in March 2016 and in no place is that more evident than inside the workshop, where several tramcars are currently receiving varying degrees of attention.

We begin with the long-running project to restore the unique London County Council 1 to an operational condition. The deconstruction of the body is nearing completion with the tram now reduced to a basic shell. Shortly, the upper deck windows and roof will be removed completely and transferred to a storage container for possible future preservation. Once all wood has been removed from the car body, the remaining steel frame will be shot-blasted and repaired as necessary by an outside expert. The bogies are also in the workshop and work on their refurbishment should begin before the year is over. Interestingly, recent ultrasonic testing of the axles has revealed no issues so these should be safe for re-use; unfortunately the same cannot be said of Newcastle 102. Recent examination has confirmed that in addition to one broken axle which forced the car’s withdrawal in 2000, a second axle is also cracked and will therefore have to be replaced when, or if, the proposed overhaul on this tram proceeds. Further information is still being compiled to allow the production of a thorough update to the condition survey for car 102.

Two workhorses from the regular operating pool of trams are also in the works at present receiving some well-deserved TLC. Glasgow 22 is now in the late stages of an overhaul which has been underway since the early summer, although this is somewhat behind schedule. It has recently been joined by Blackpool 40 which is being rubbed down ready for its first complete repaint since 1998. The Standard car has been looking a little weathered for a few years and so it is pleasing to see some investment in it, hopefully indicating that this very reliable and popular tram will remain active for the foreseeable future.

Finally, although stored in the running sheds at present work on Blackpool 762 is also ongoing with a view to hopefully curing some of the last remaining bugs which have affected this car’s performance since it entered museum service last year. The motor contactor, which is suspected to be the main cause of its recurring issues, has now been removed for overhaul having not previously been dealt with. The main contacts were in excellent condition when the tram arrived straight out of service from Blackpool, but the auxilary contacts are in a far less perfect condition and this is believed to be affecting its operation. This is a design weakness in the equipment and is also thought to affect the Centenary cars.

So in all, the workshop at Crich remains as busy as ever and no doubt the fruits of the labours of the staff and volunteers there will be enjoyed next year. 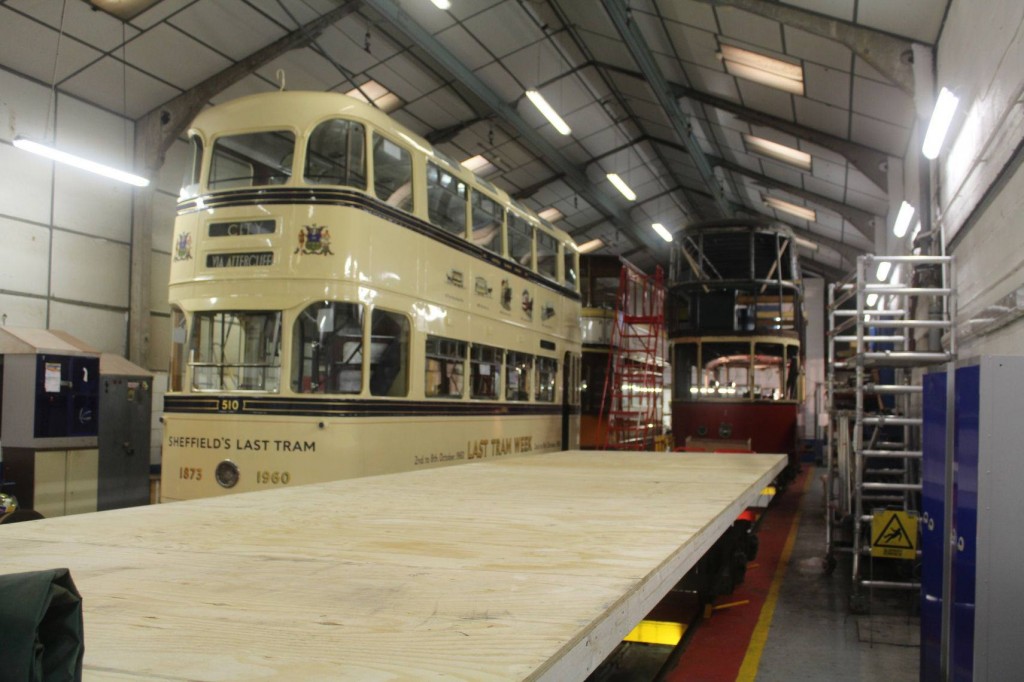 A recent view inside the Crich workshop with Sheffield 510 present receiving a heavy internal clean, along with a repainted Glasgow 22 and heavily stripped LCC 1. In the foreground, new woodwork for 1's top deck can be seen. 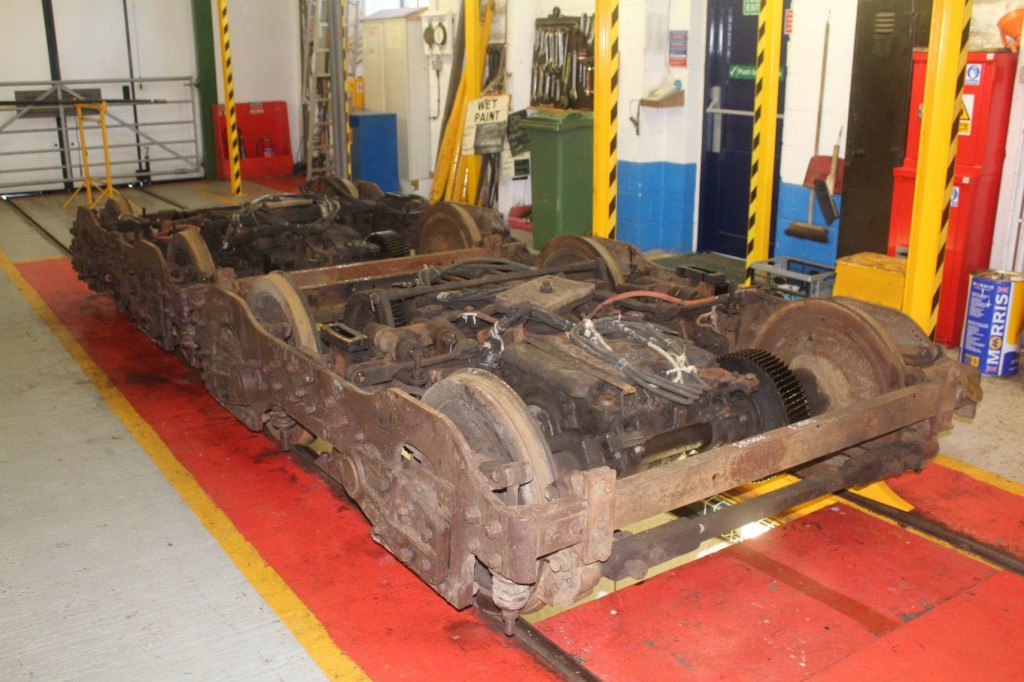 The bogies for LCC 1, which have recently been cleaned before stripping and overhaul begins. 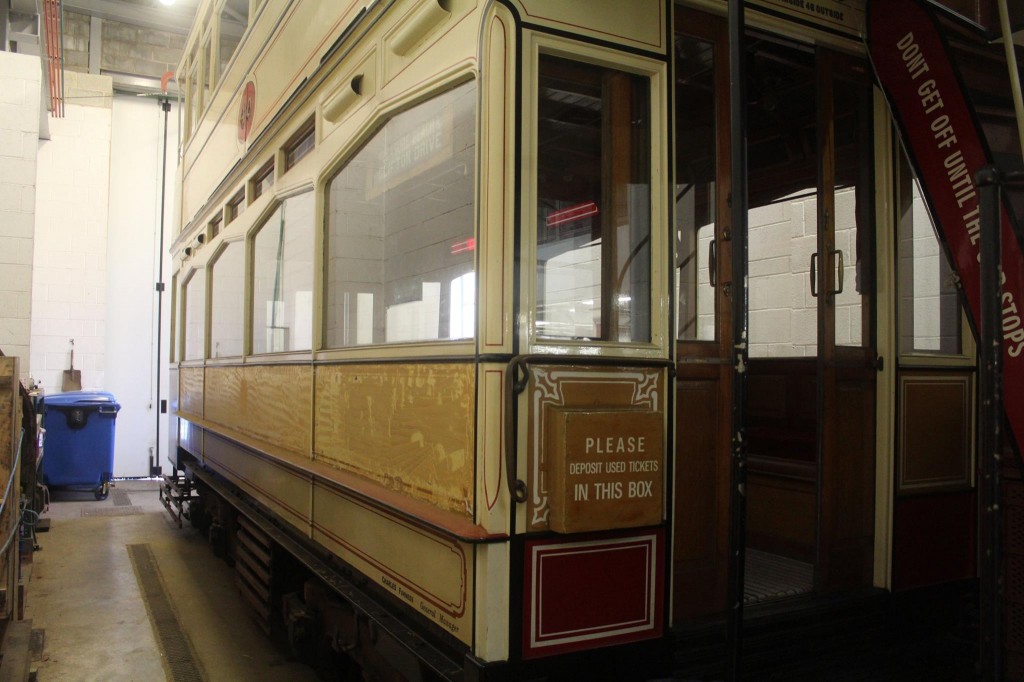 A close-up of Blackpool 40 showing the teak side panels which have been prepared for repainting. (Photos x 3 by Peter Whiteley)