Saturday 24th October saw something happen which is thankfully nowadays a rare occurrence – the closure of a section of tramway in the UK. This was the last day that you could go for a ride on a Midland Metro tram between St Paul’s and the Birmingham Snow Hill terminus as from the start of service the following day St Paul’s became the terminus to allow for the Birmingham City Centre extension to be connected to the current line. 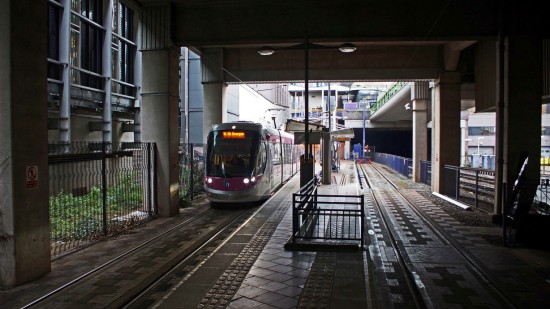 32 waits at Snow Hill. The dark and dingy terminus probably won't be missed by many photographers from this angle. 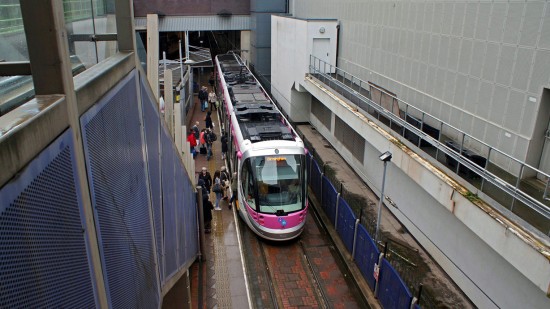 35 seen from the stairs leading up to street level. This was probably the best angle for photos at the terminus. 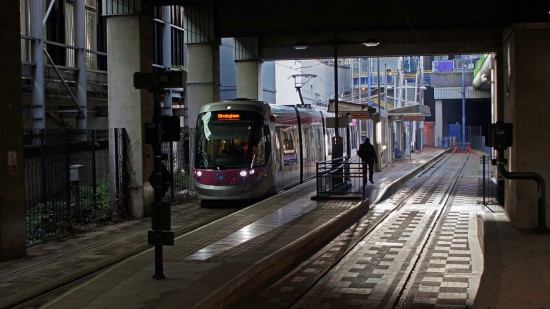 36 at Snow Hill in the preferred platform awaiting departure. 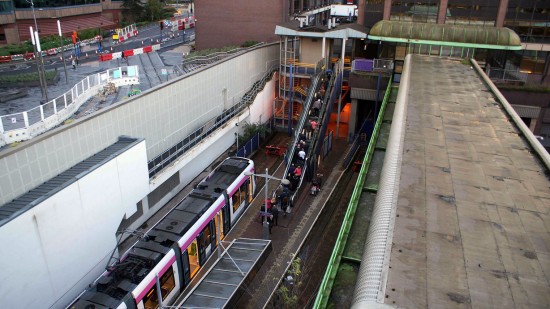 A view of Snow Hill we have probably never shown before. (All Photographs by Andy Walters)