Posted on Thursday 29 October 2015 by Gareth Prior

The end of the 2015 operating season for many heritage tramways is rapidly approaching with the next few days seeing Crich, East Anglia Transport Museum, Great Orme, Seaton, Snaefell Mountain Railway all welcoming their last passengers of the year. And then Blackpool and the Manx Electric Railway won’t be too far behind leaving just the usual suspects for winter operation. For full details of just when and where you can enjoy a ride on a traditional tram in the British Isles over the next week or so read on… 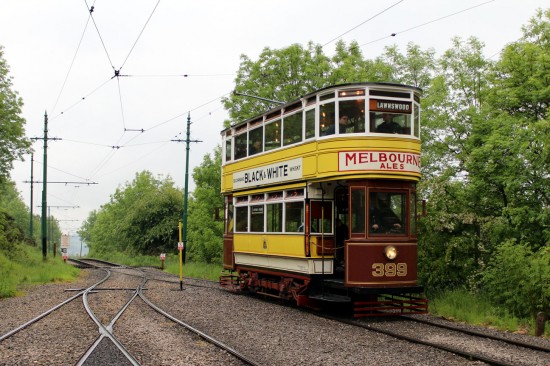 Only a few more days to go until the end of another season at Crich. In this view we see Leeds 399 on a dismal 13th June 2015 arriving at Glory Mine. (Photograph by Gareth Prior)