In Blackpool, the 2015 illuminations season is now underway and of course that means lots of exciting activity on the tramway! Whilst the period of midweek daytime operation for the heritage trams is now over for the year, these will still be kept busy as now daily illumination tours are operating, along with a blue daytime timetable at weekends featuring two cars in service, and of course the 130th anniversary celebrations are just a few short weeks away!

The illuminated action began on Tuesday 1st September with the ‘Ride the Lights’ event, when the promenade road is turned into a giant cycle lane as cyclists are treated to an early preview of the annual spectacle. For the first time ever, Blackpool Transport decided to operate a single illuminations tour on this night as an experiment and Frigate 736 did the honours, duly making its first passenger appearance of the year. Despite only being announced about 24 hours beforehand a large number of people came along to enjoy an early ride, hopefully confirming this event’s worth as part of the illuminations tour calendar for future years.

As has become the norm, the Tower Festival Headland was used for the actual switch-on ceremony, held on Friday 4th September meaning that a split tram service had to operate with the tramway directly outside the Tower blocked off to allow extra standing space for those attending the event. Some trams shuttled between Starr Gate and Tower whilst others ran between North Pier and Fleetwood; unlike the last time that a split service ran there was no requirement for any of the B Fleet Balloons on this occasion as sufficient Flexities were available. As a result, the main period of operation for the illumination tours started on Saturday 5th September and this evening witnessed the ever-popular Western Train 733+734 make its year debut in passenger service. Over the weekend a trio of Balloon cars, comprising 701, 706 and 717 were also used on illumination tours whilst Bolton 66 worked a private hire on the Sunday evening as well.

Unfortunately, the Trawler 737 will not be running in 2015 as it has been temporarily withdrawn to await its turn in the workshops, having not received any significant attention since its launch in 2001. Having been pencilled in for overhaul for a few years, it has been decided not to commission 737 this year as it is looking rather shabby, and so the next time it runs presumably it will be looking much better, although no timescale for this project has been confirmed as yet. Therefore, the number of operational feature cars is now at its lowest point since 2008. This is one small black spot on what has otherwise been a fantastic summer for Blackpool’s traditional trams, although one advantage is that it will increase the potential for vinatge trams to appear on illumination evenings more frequently. It is also hoped that the use of volunteer crews will allow more tours to operate, hopefully catering for demand better than was the case on a few occasions in 2014. 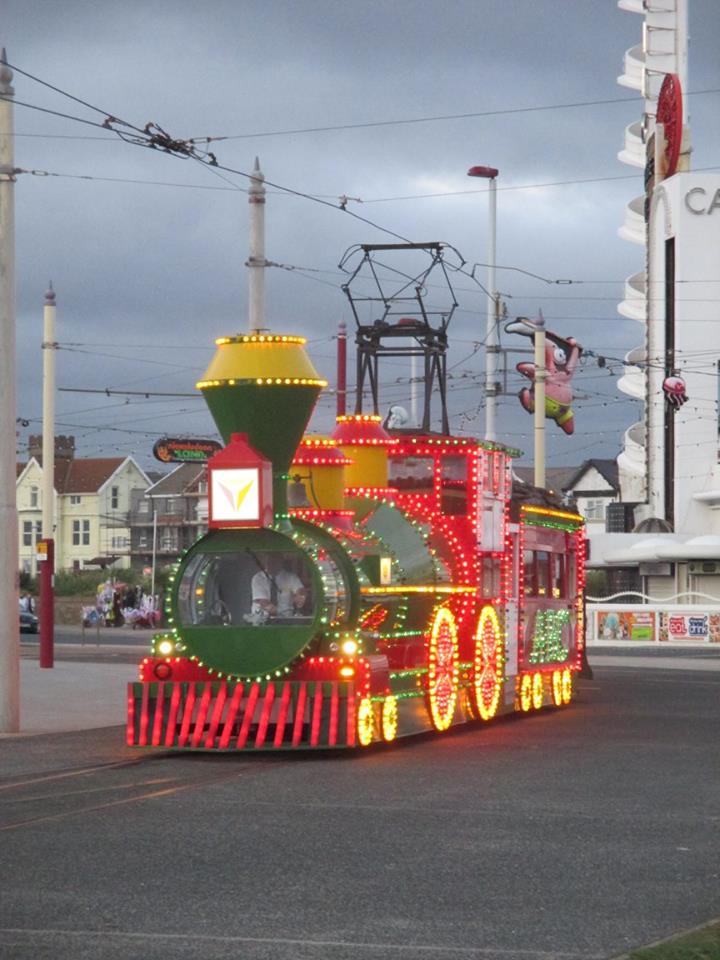 The beautiful Western Train arrives at Pleasure Beach for illumination tour duty on Sunday 6th September, its second night of operation in 2015. (Photo by Rob Bray)