In Pictures: 50 years at Carlton Colville celebrated in style

2015 marks 50 years since the start of the East Anglia Transport Museum at Carlton Colville near Lowestoft, with the site first being acquired for use as a fledging transport museum, and the arrival of the first vehicles on site. This important milestone was celebrated on the weekend of Saturday 4th and Sunday 5th July and naturally, the museum’s trams played a key part in the event.

Unfortunately the museum is not doing especially well with its operating fleet of trams at the moment with just two – Blackpool ‘Standard’ 159 and London Transport 1858 - available for regular service at the moment and it was this familiar duo which were operating on the anniversary weekend, along with some of the large resident trolleybus fleet and various other vehicles, plus a special ‘park and ride’ service using vintage buses. However, the other trams at the museum were not completely left out as both Blackpool VAMBAC 11 and Amsterdam 474 were posed at the front of the tram depot to be admired and photographed by visitors. More excitingly though, Lowestoft 14 was also extracted from its usual hideaway in a fenced-off area at the rear of the depot and brought outside into the sunshine. This allowed the impressive progress which has been made in restoring this tram to an operational condition to be appreciated; considering it isn’t all that long since 14 resembled little more than some wood frames and a few other bits and pieces, it has come on spectacularly in the last few years and now really looks like a tram again. Not only is the main body structure largely complete, but familar fittings such as the trolley mast, destination boxes, headlamp cases and various railings and handles have all been fitted giving it a striking appearance. This meant that only Sheffield 513 was not prominently positioned; this car was tucked away behind 474 presumably as it is the most recent addition to the tram collection, and only a temporary one at that, and therefore has less history with the museum and its formation.

We are very pleased to bring you a small selection of images from the anniversary weekend event which have been provided by John Huddlestone. 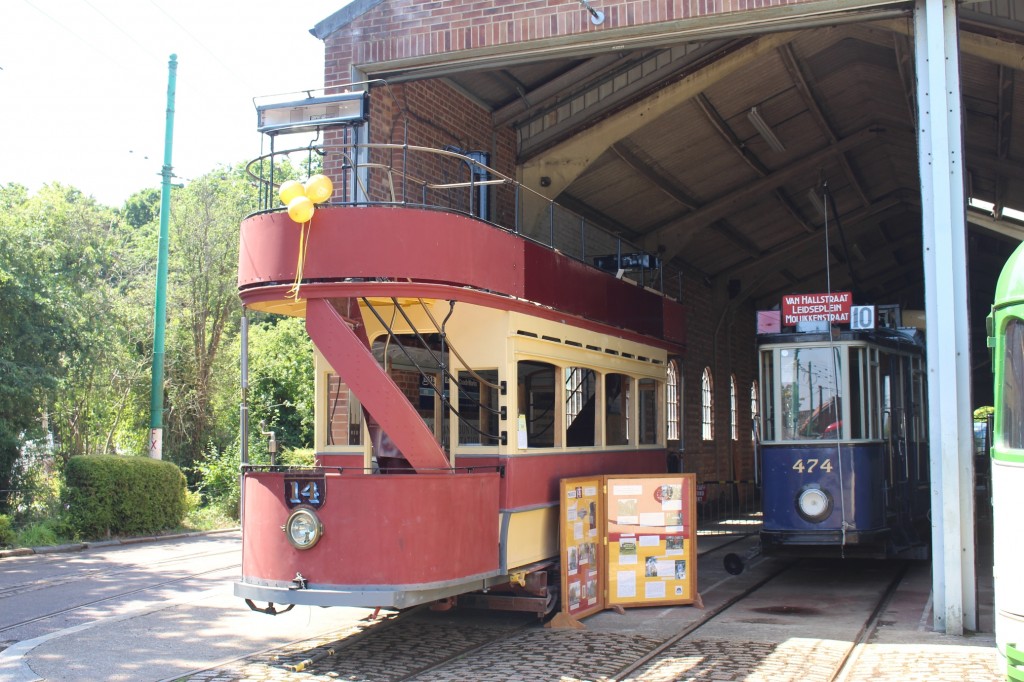 Lowestoft 14 outside the tram depot, showing recent progress on its reconstruction. A display board informs visitors about 'Project 14' and alongside is Amsterdam 474, currently out of service with a motor fault. 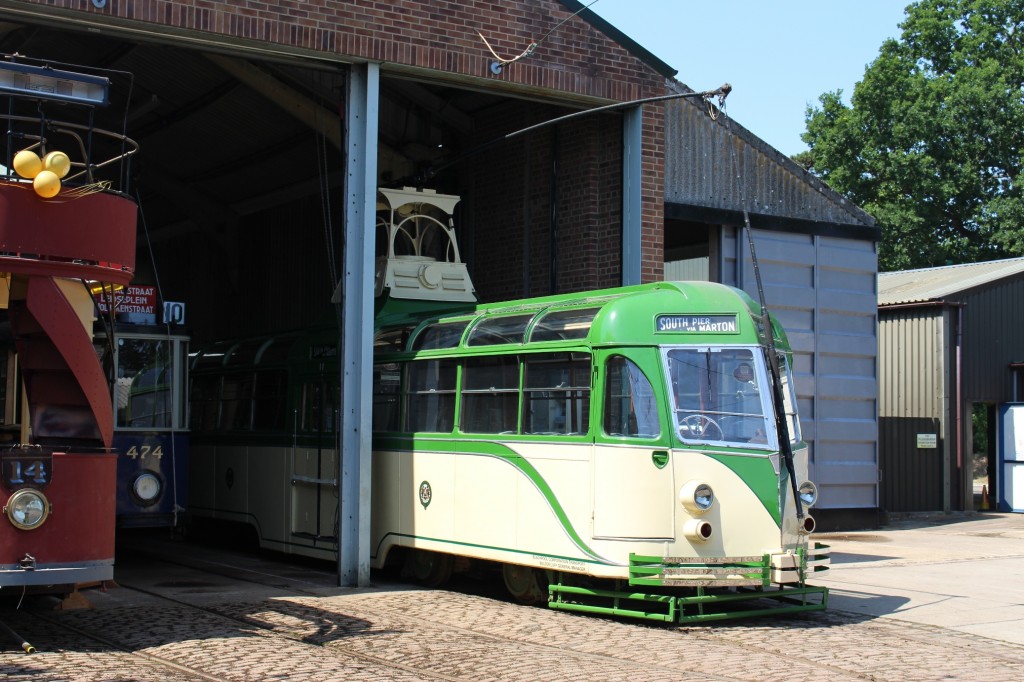 Alongside 14, Blackpool 11 was also on display - this being the last newly restored tram to be launched into service at the museum a decade ago, although it is currently off the road with some electrical defects. 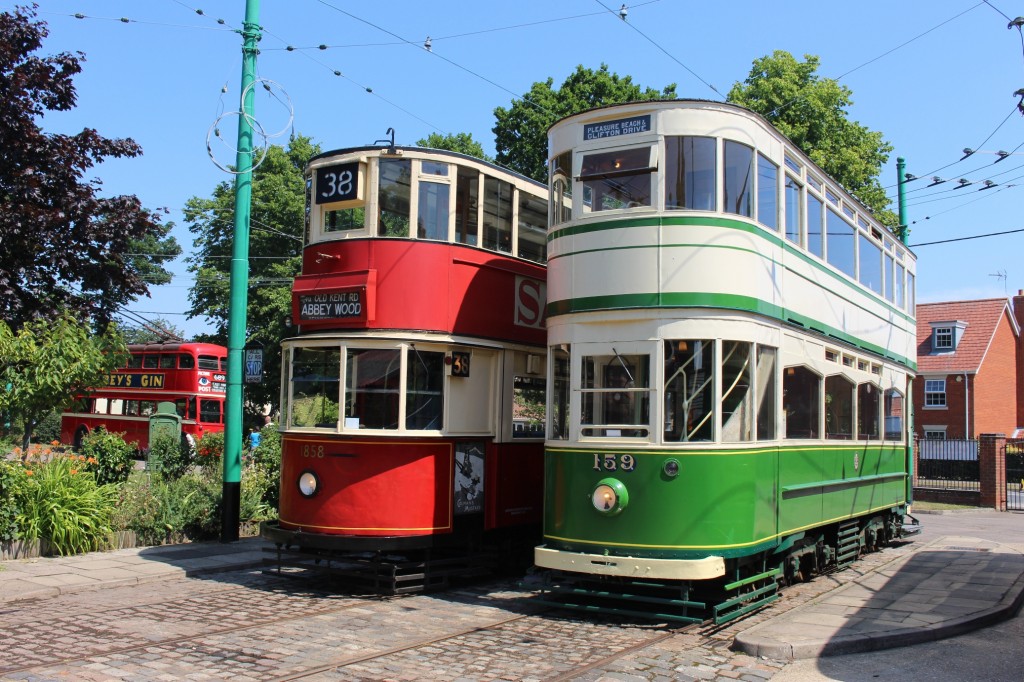 London 1858 and Blackpool 159 have been the backbone of the tramway operation at East Anglia for many years and both are seen at the terminus near the main entrance in gloriously sunny weather, with a London trolleybus sneaking up on the pair. (Photos x 3 by John Huddlestone)