The latest phase of Transformation work on Manchester Metrolink has started at St Peter’s Square with services through this location now set to be disrupted for 14 months. No trams at all will be running through St Peter’s Square from Sunday 28th June for eight weeks as the first stage of works is undertaken and then following the completion of this stage another year of disruption will be experienced by passengers as the stop is transformed to have four platform faces for services on both the original cross city line and the Second City Crossing.

During this eight week period of disruption a revised service pattern will run and from Monday 29th June the following services will operate:

Metrolink shuttle buses will run between Trafford Bar, Cornbrook and Piccadilly throughout this work (between 0600 and 2000 Mondays to Fridays and 0700 and 1900 at the weekend) whilst the Metroshuttle bus service will be altered to provide connections for passengers. For those passengers who wish to walk between stops a step free walking route is due to be clearly signposted.

On Sunday 28th June there will be further disruption to services as there is further improvement work at Deansgate-Castlefield with trams running a revised service (Altrincham-Cornbrook, Bury-Ashton, East Didsbury-Cornbrook, Eccles-Cornbrook via MediaCityUK, Manchester Airport-Firswood, Rochdale Town Centre-Piccadilly).

As mentioned above this first stage of work is due to take place for eight weeks with a single line available for trams through the worksite from the end of August. Another revised service will be introduced at this stage for around 10 months before another 8 week total shutdown ahead of the full return of services through the new look St Peter’s Square and its new two island platforms. 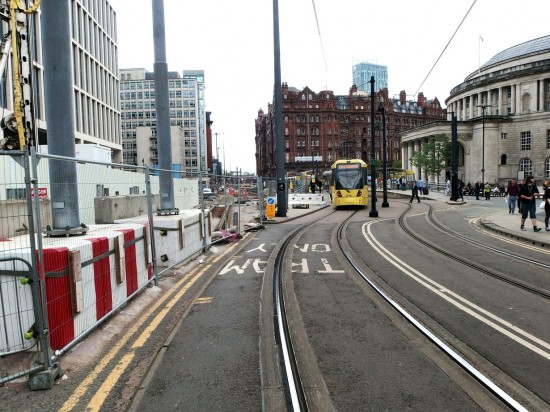 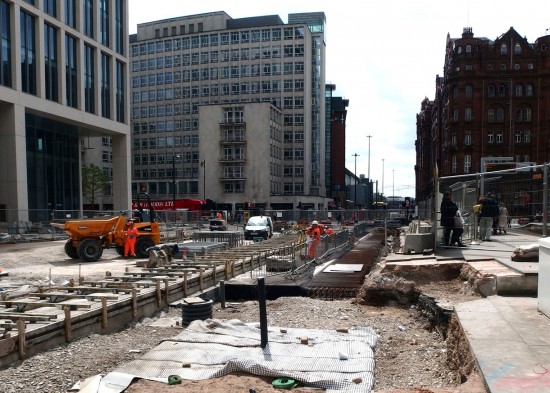 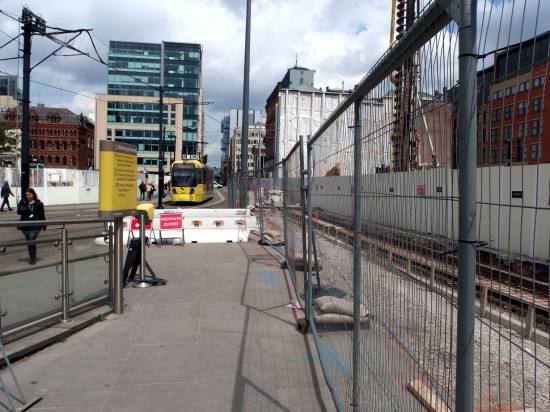 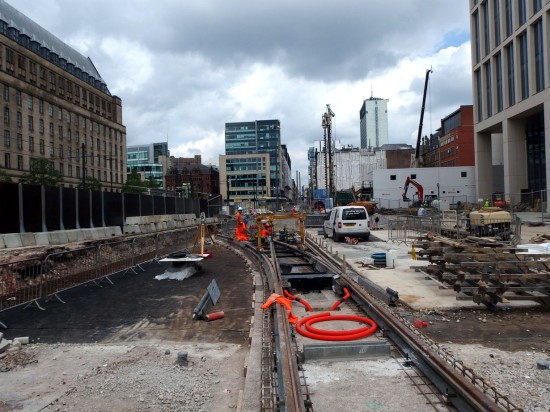 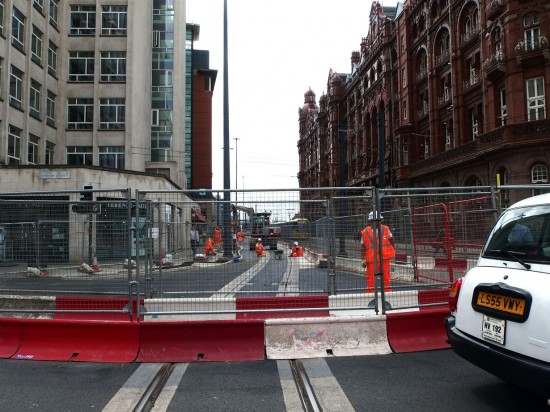 Even before the closure work was well underway at St Peter's Square as seen in these images taken on 25th June. (All Photographs by Keith Chadbourne)