The latest subject of “Picture in Time” is Blackpool Jubilee 761 as we take a look at a couple of images taken of the tram back in 1984 whilst it was operating on the Fleetwood to Starr Gate service.

761 was the prototype double deck one man operated tram for Blackpool and was converted from Balloon 725 which had lain dormant in the depot since the early 1970s. The work to create the first Jubilee Car was undertaken within Blackpool Corporation Transports very own workshops and it had been completed ready to enter service at the start of July 1979 carrying a standard green and cream livery. At the time of these photos it retained fleet livery and had not started to succumb to the many all over adverts which it was to receive later years. The tram remained as part of the main operational fleet in Blackpool until the bitter end (running on the last evening of services on the pre-upgrade tramway in 2011) and was then acquired for preservation by the Fleetwood Heritage Leisure Trust. Following a period of outside storage the tram was returned to Rigby Road for further storage in late 2013.

These two photos were both taken on 3rd March 1984 and show 761 running along Lord Street as it did so many times in its operating career and who knows one day it may traverse the same stretch of track? 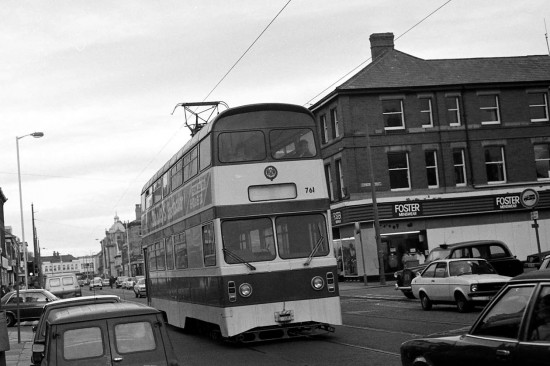 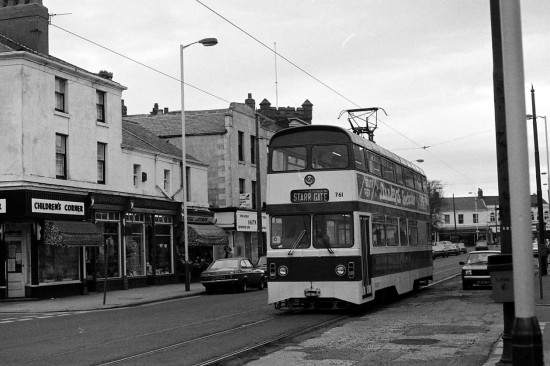