The Merseyside four to return to the Fylde Coast

Posted on Tuesday 9 June 2015 by Gareth Prior

Four trams whose future has been in doubt since the end of last year following news that Merseytravel were seeking to dispose of them have been saved and are starting to return to the Fylde Coast. Brush Cars 625 and 637 along with Twin Trailer Cars 681 and 687 were acquired by Merseytravel for the Wirral Waters project which would have seen the Birkenhead Heritage Tramway extended but following the formal abandonment of this project they were deemed surplus to requirements and made available for purchase. All four trams have been purchased by a private purchaser and will be stored at the Fleetwood Heritage Leisure Trust’s site at Wyre Dock.

The four trams were moved from Blackpool to open storage in Knowsley between December 2011 and February 2012 and since that time have been stored in the open. The two Trailers are in effect orphans with 681’s towing car now back at Rigby Road but not currently intended as a restoration project with 687’s mate having been scrapped during the restoration of the illuminated Western Train. It had been intended that as part of the Wirral Waters project these two trams would be rebuilt for use on the extended tramway. The two Brush Cars – 625 and 637 – have not operated for many years with the former retaining green and cream fleet livery and 637 in a pleasing all over advert for Blackpool Zoo. They too were also expected to be rebuilt as part of the project.

All four trams have been purchased by a private individual and are not to become part of the Fleetwood Heritage Leisure Trust collection although the Trust are providing them with storage at Wyre Dock where their trams are currently housed. The Trust have recently signed an extended lease on this site which currently houses Twin Car 673+683, Balloon Cars 710 and 726, Centenary Cars 641 and 643 and Ex-Towing Railcoach 678.

The first of the trams were moved back to the Fylde Coast on Monday 8th and Tuesday 9th June with Brush 625 and Trailer 687 making the trip courtesy of Calkeld Haulage. The other two trams are expected to follow shortly. It is of interest to note that Wyre Dock now holds more trams than the former Copse Road Depot used to be able to hold!

The plans for the Merseyside four have not been completely formulated as yet but it is anticipated that one of the Brush Cars may be made available to interested parties for spare parts and then dismantled with the other Brush being retained for eventual restoration in a skills training project. It is also possible that the Trust may take ownership of one of the trams in the future. But for the time being the four trams have a more secure future than it looked as if they had a few months ago. 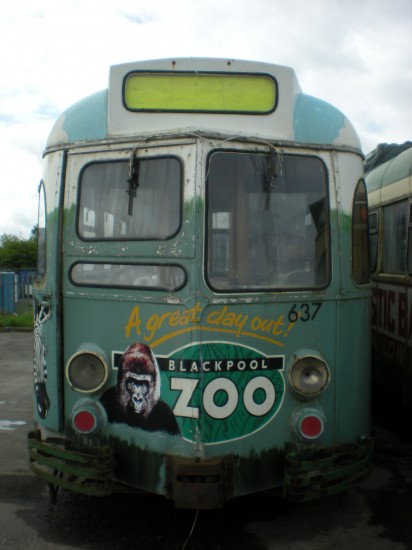 On 7th May Brush 637 waits at Knowsley for a new future. 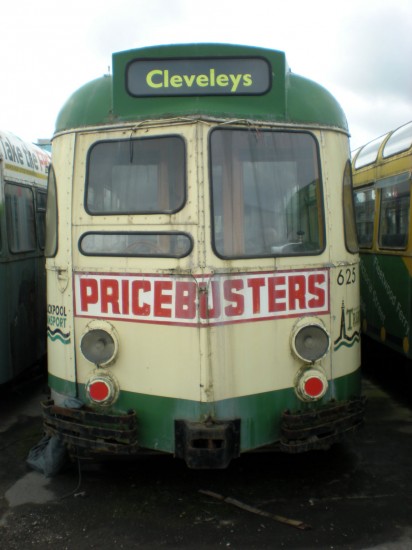 Still on 7th May and 625 is seen awaiting movement. 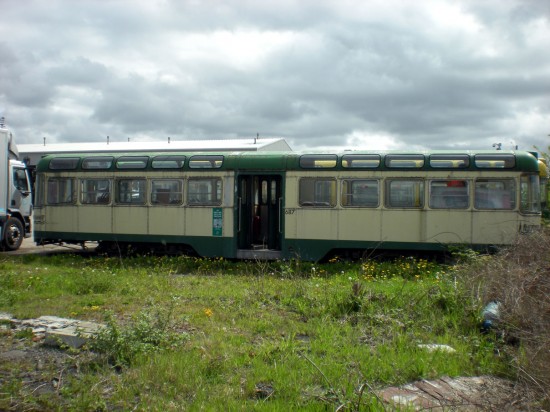 One final view at Knowsley with a side on view of Trailer 687. 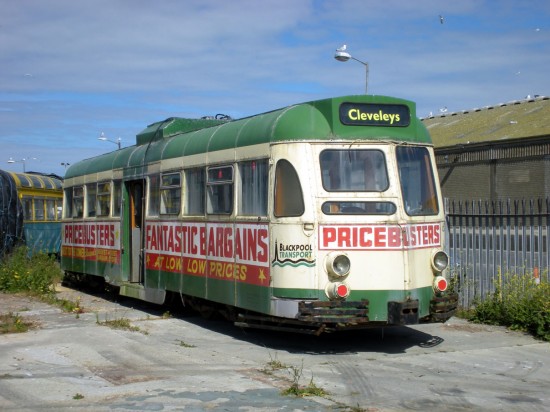 Moving forward to 9th June and 625 is back on the Fylde Coast with 625 in Wyre Dock. 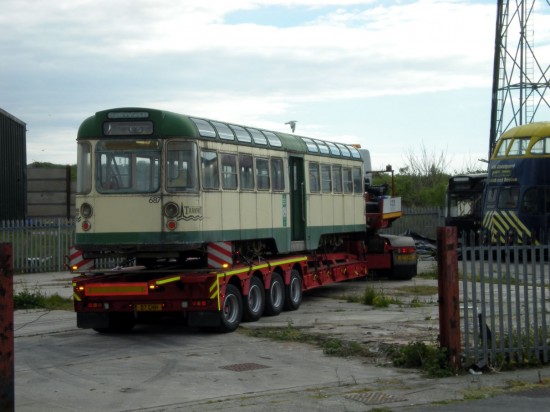 And 687 arrives at Wyre Dock with a number of other trams looking on waiting to welcome an old friend again. (All Photographs courtesy of Fleetwood Heritage Leisure Trust/John Woodman)