In Pictures: Blackpool’s ‘B Fleet’ shunting

Posted on Thursday 28 May 2015 by Andrew Waddington

On Friday 22nd May, all four operational members of the Blackpool ‘B Fleet’ emerged from the confines of Rigby Road depot during a shunting operation. The trams are thought to have been arranged in an order of preference of use, with 711 now positioned at the front, followed by 719, 700 and finally 713 which will only be used as a last resort due to its expired advert livery. Here we take a look at the shunting in progress thanks to Chris Callan who was fortuitously passing at the time.

Of the four Balloon cars appeared on this date, the three fleet liveried trams had all recently returned from Starr Gate depot where they had been stabled earlier this month to assist with the split service during the recent filming session near the Tower. The star attraction was however, 713 which has recently been cleaned just in case it is needed for service. Despite not having run since 2013 this tram still looks good although as stated previously, it is highly unlikely that it will actually be required this season.

711 didn’t have to wait long to appear outside again as it was used on heritage tours just three days later as part of the enhanced weekend output. It remains to be seen when the others will run again although there seems to be a growing air of optimism regarding these trams, so hopefully they will be used again to boost capacity in the not too distant future. 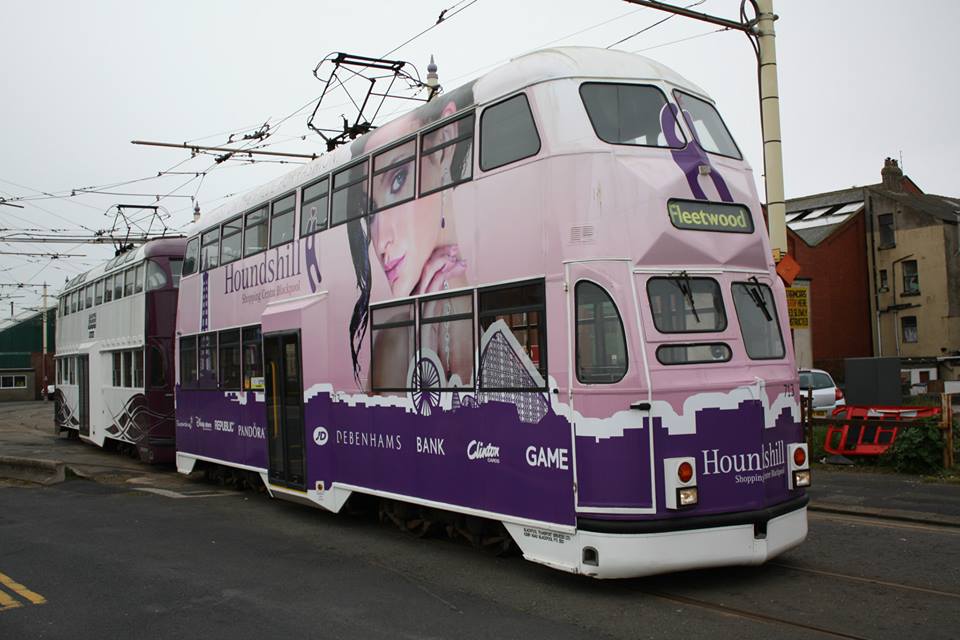 The elusive 713 and pioneer car 700 appear through the Rigby Road depot gates during shunting on 22nd May. 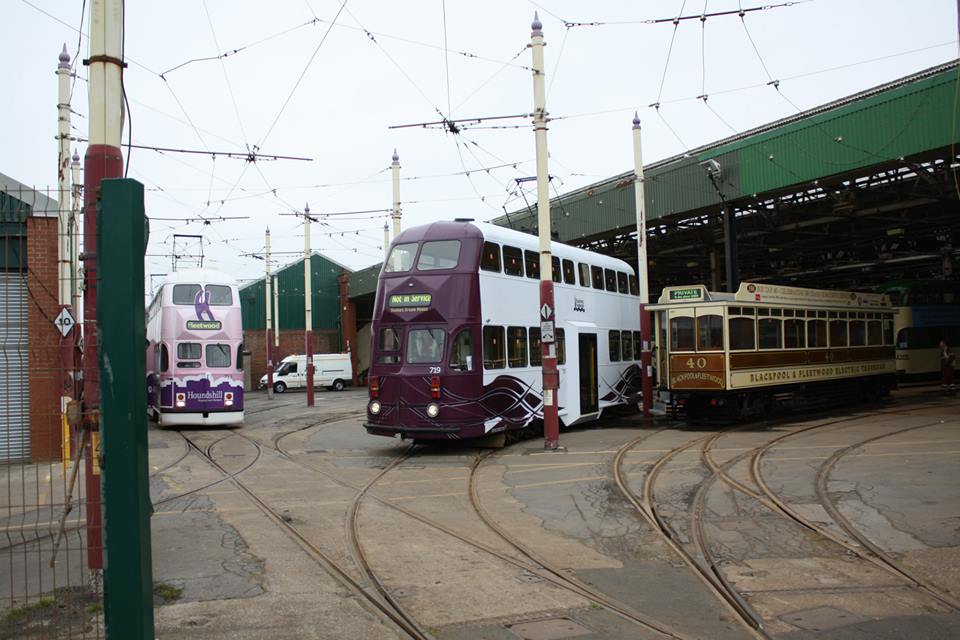 As 713 moves back towards the depot 719 pulls out, with Box 40 also present, it also having recently returned home after a period outstationed at Starr Gate following use on a private hire. 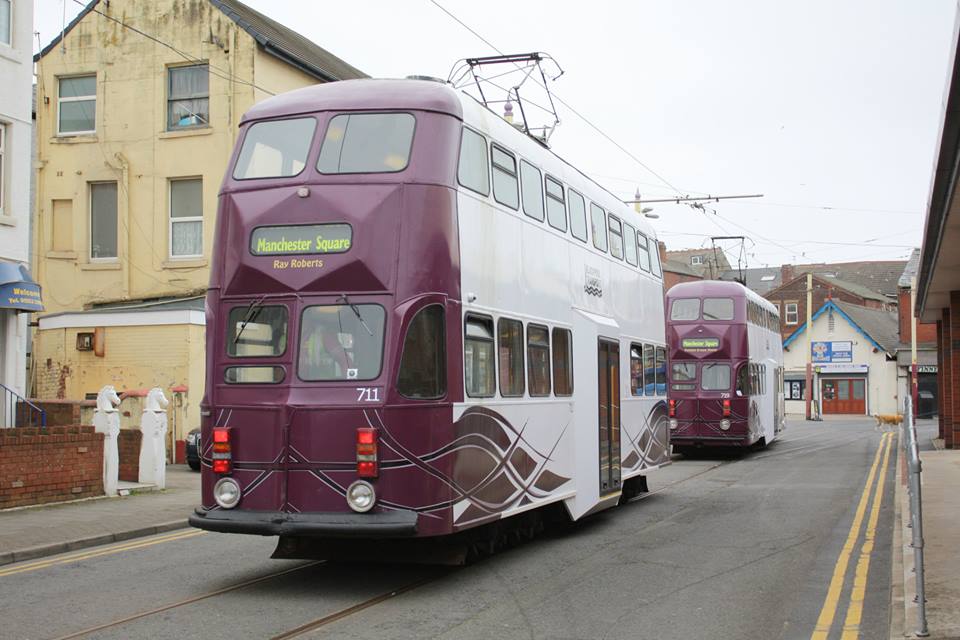 711 and 719 stand on Hopton Road, presenting a uniform appearance in their smart purple and white livery. 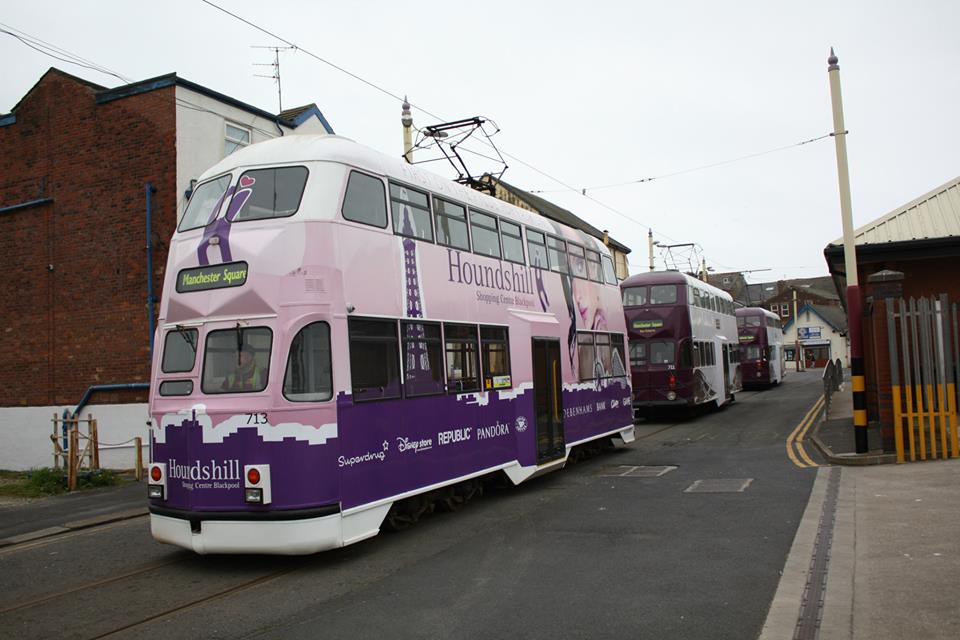 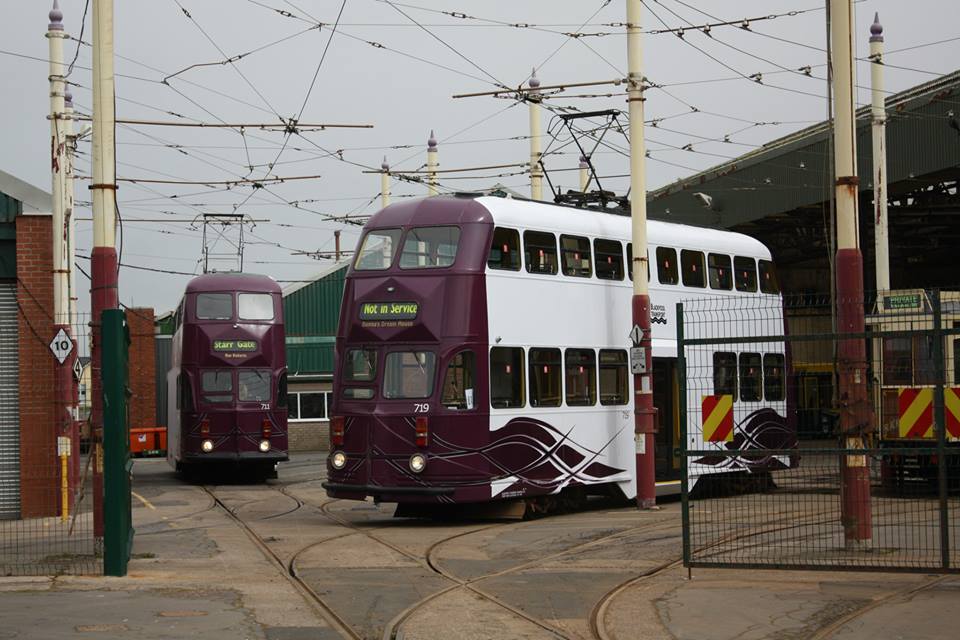 One final view with 719 being put away as 711 waits to be moved in front of it, bringing the movements to a conclusion. (Photos x 5 by Chris Callan)