In 2015 rather than horse tram operation at Crich being restricted to just the Edwardian Weekend (plus during the Sheffield event last year) a number of Horse Tram Days are being held with the first of these taking place on Wednesday 13th May. Once again the operational horse car at the home of the National Tramway Museum is Sheffield 15 and on this first day of operation it operated alongside open cars Blackpool 166 and Glasgow 1068.

Horse Joseph was also back at Crich again and as is always the case Sheffield 15 ran between the Town End terminus and the depot crossover in between the standard electric tram service. This was the first chance for a horse tram ride on the UK mainland this year and further Horse Tram days can be enjoyed on: 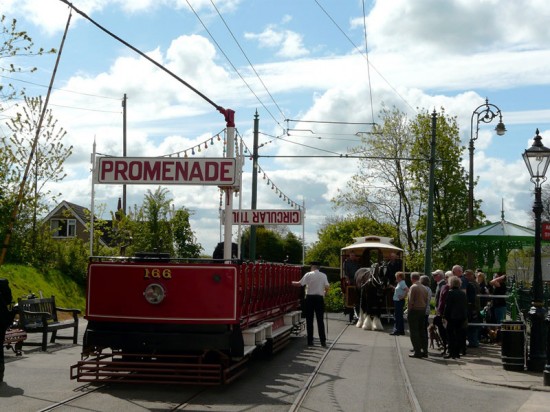 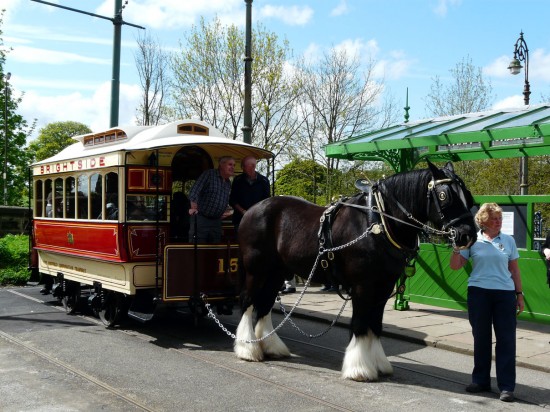 Sheffield 15 waits at the Town End terminus with horse Joseph for company. 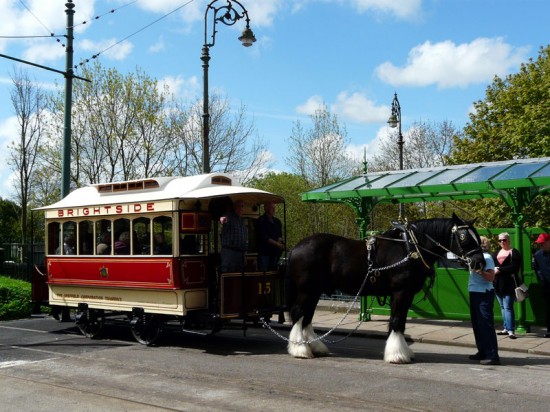 Another view of 15 at the Town End terminus. 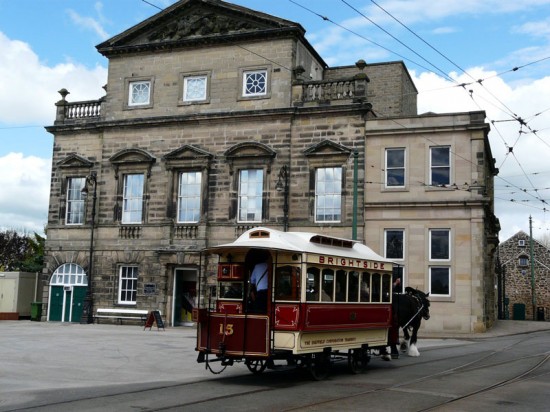 15 pulls away from Town End. (All Photographs courtesy of Crich Tramway Village)

3 Responses to In Pictures: Sheffield 15 runs again at Crich