Our modern tram “Picture in Time” feature this week moves across the Pennines to the South Yorkshire Supertram system with a couple of views of 12 taken in 1995.

Both of these images were taken during a school trip to Sheffield and the Peak District in the summer of 1995 and are some of the earliest photos I took of modern trams and as a result are not of the highest quality but nevertheless do add some historic value to this series. 12 was built by Siemens-Deuwag in 1992 and entered service on the network during 1994 and is seen here in the original grey livery.

The first view shows 12 approaching the stop at Attercliffe with a service for Meadowhall and we then catch up with the tram again at the Meadowhall Interchange. Both of these stops were on the first section of Supertram which opened on 21st March 1994 between Fitzalan Square and Meadowhall. At the time of these photographs the whole of the network had not yet been completed with the final section between Shalesmoor and Middlewood/Malin Bridge not opening until October 1995. 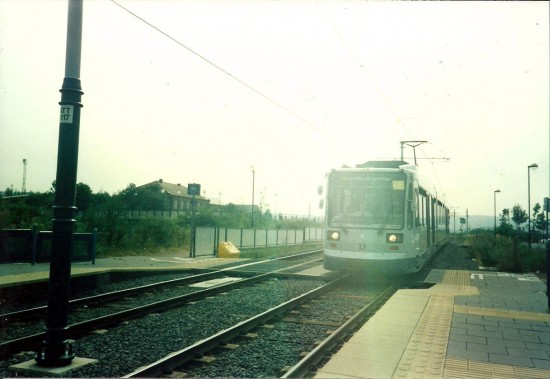 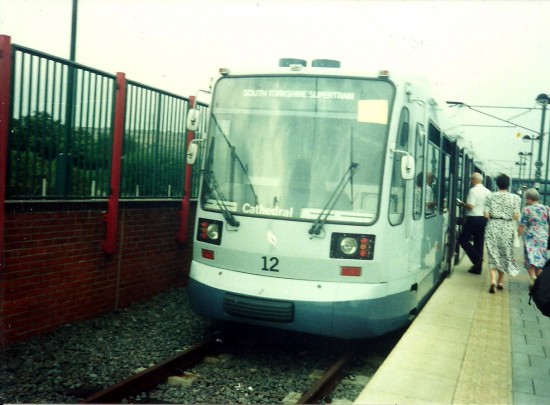 (Both Photographs by Gareth Prior)