May 2012 saw a new addition to the fleet of working vehicles at Manchester’s Heaton Park Tramway. Unlike the last two arrivals, Stockport 5 and Blackpool 623, this one arrived almost unnoticed with no launch ceremony and no celebratory cake – but that’s quite understandable as the item in question is not actually a tram, but the latest addition to the works fleet!

The new arrival is known as a scissor lift and has been acquired from the Black Country Living Museum. Some minor commissioning work will be required, but it is largely fit and ready for use. Like Blackpool’s unimogs, the vehicle has rubber tyres but can also run on rails which will make it very flexible in its use at the tramway. As the line at its old home is narrow gauge, it was too wide to run on the tracks and so it was ultimately declared surplus to requirements, and it should prove much more useful to the workers at Heaton Park. The small road vehicle has a bucket hoist, again similar to the Blackpool uimogs, and should prove invaluable for a whole host of duties, such as overhead line works, tree pruning and perhaps even accessing the roofs of trams for painting and cleaning. The new addition should be particularly useful when construction of the new tram depot at Lakeside is constructed, as it can hopefully be used to erect overhead wires inside the building. It is also expected to be utilised by staff at the park away from the tramway, so will definitely be kept busy! 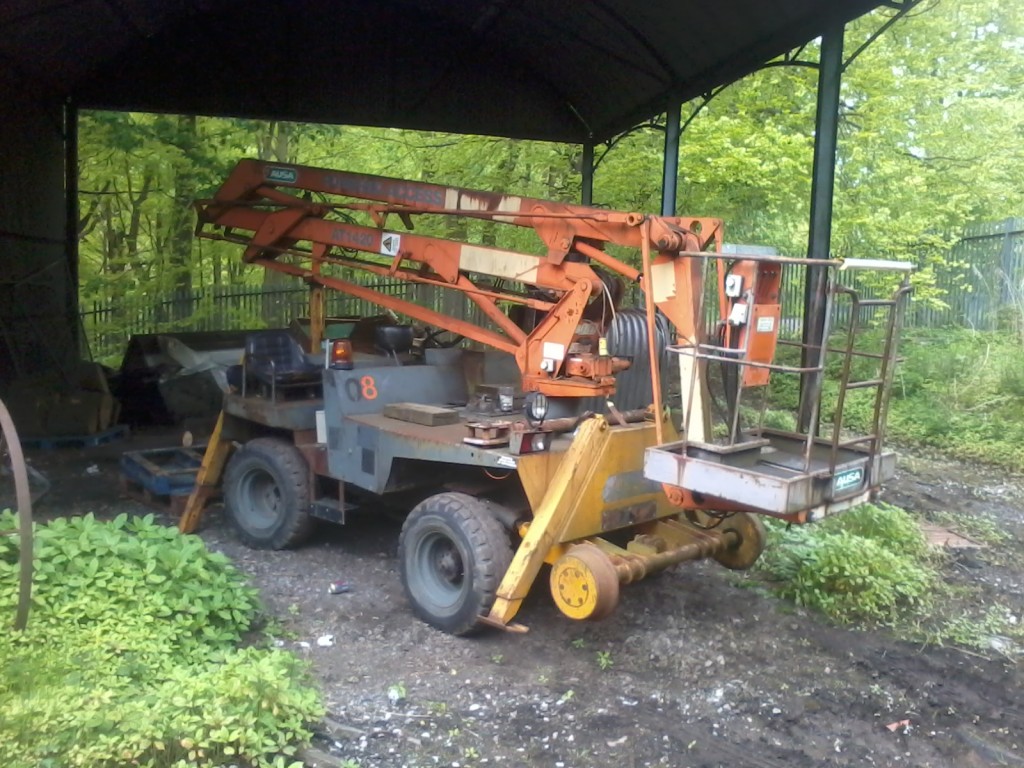 The new scissor lift is seen shortly after arrival at Manchester whilst being inspected by the tramway's engineering team. (Photo by Joe Savage)